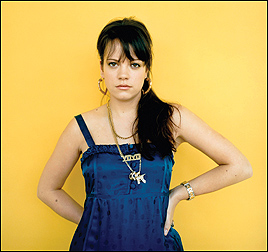 Why don't we just turn over GM to the drivers. Hell, I'm in my car every day, I know how to run Chevrolet!

To let artists have the final say on file-sharing is like firing Derek Jeter and letting a fan play shortstop. Hell, I've watched a lot of baseball, I know what's involved!

A great artist is just that. He couldn't design Facebook, couldn't create the iPod… His input is important, but just because he's affected by file-trading, that doesn't mean he understands it, has the right opinion on how to eradicate it, assuming that's the ultimate desire.

How long do we have to watch this movie? It's been ten years already, and one thing we've learned is the technologists are always one step ahead. Kind of like cable. When everyone was pirating pay channels by removing the filters on poles and under houses providers didn't win by suing people, but by coming up with a better mousetrap, scrambled digital transmission!

In other words, the solution to the file-trading problem is not legislative, it requires business innovation. Which I don't expect to come from Ms. Allen, I've never heard she was a good programmer.

Instead of bloviating, it's best to research. And even a casual Web-surfer, as opposed to a partier like Ms. Allen or a wannabe dad like Elton John, read TechCrunch's report on Daniel Ek's interview at the Glasshouse event at the Royal College of Physicians in London last week.

That solves your problem right there, Ms. Allen. Why steal when you can get it on demand? Even mobile, with Spotify's iPhone app caching?

Then you have Richard Greenfield, of PaliResearch, stating last week that getting a little from a lot is better than the current model.

In other words, are you better off overcharging a few people for music, or getting everybody to pay a little?

I'm not living in a pipe dream. I realize the success of Spotify is not guaranteed. Can Ek generate enough paying customers? How much revenue will ultimately be generated? But working toward new models is a hell of a lot better than trying to keep fans in the past because you liked the twentieth century model better.

People are accustomed to having music at their fingertips. All of it. And if you don't come up with a business model that satiates them, they'll just steal it. Rather than castigate them, fulfill their desires. To think that cutting off Internet access is going to solve online theft (truly, copyright infringement), is to think that the RIAA suing downloaders will achieve the same thing. It won't and it didn't.

First, you can hide IP addresses.

Second, you can still transfer via instant messenger.

And third, of course, you can always hard drive swap.

You're just driving people further underground, you're not solving the problem.

There's a delusional fantasy that if file-trading was eradicated happy days would be here again. That suddenly, bands would sell a million copies a week. Diamond albums would return, never mind platinum. But the world has changed. There are too many diversions. And even in music, you're no longer restricted to what the machine purveys. You can surf online and check out all the acts your buddies have recommended.

And it's this ability, being able to sample, check things out, that has not only helped previously marginal acts, but threatened the old system. You can't prevent people from giving away their music. So, those who do will ultimately triumph. You might say that you don't tour, or you're a songwriter, and it's not fair, but since when has life been fair?

If Lily Allen were an American, she'd be committing career suicide.

And, oh right, she's never made it here! Because we just don't get it. How a not beautiful enough girl with a thin voice sings material she isn't completely responsible for and wants to be on the pop chart. Don't tell me it's solely about beauty, Amy Winehouse is not a looker, and she made it here, big time. But it is about talent. And we just don't think Lily has enough. And playing in the Top Forty world, it's about image, other things which Ms. Allen doesn't possess.

Also, in America, music is not a team sport. It's not like the U.K., where artists are embraced, despite occasional failings. Cross a line here, and you're screwed. You might get away with an apology, but disconnecting Internet? I doubt it's even legal. Because Web access is a basic right. What next, are supermarkets going to repossess the refrigerators of those who steal food?

Has the music business been roiled, shaken hard by technological innovation?

But I'll tell you in America, what we had was not worth preserving. An industry selling overpriced CDs with one good track, the whole thing managed by overpaid executives telling "artists" what to do. Is this what we want?

Hell, that system was dependent on radio, which killed itself with twenty plus minutes of commercials per hour and static programming.

And MTV can't air videos profitably anymore when you can click online and see just what you want whenever you want.

You see the problem isn't the consumer. A lot of things changed. To scapegoat the consumer is to put forth the concept that artists like Lily Allen are entitled to their careers.

I don't care if she's successful. She's an entertaining Tweeter.

But Lily Allen is clueless when it comes to both the music business and the Internet. Then again, no one knew who she was over here, maybe this Web brouhaha will help her career, maybe it's all premeditated!

Then again, Metallica is still recovering from its anti-Napster stance. And how did these tech-ignorant musicians win back hearts and minds? By playing by the new rules, giving away more.

Lily and those across the pond should learn Metallica's lesson. Call up Lars and see what he has to say. Yes, their product should not be stolen. But first think of the fan, an act is nothing without its fans. Second, face business realities.

Lily Allen was fifteen when Lars and company made their stand. But just because she's ignorant, do we have to fight this battle one more time? Doesn't this prove that techies will rule the world? That you're better off getting an education than partying?

Because you're never going to make it on your smarts.

From: Mike Masnick
Subject: lily allen offering pirated mp3s on her own site

A follow up on the whole Lily Allen thing… While she's out there screaming
about pirates and uploaders harming the industry, she is still offering some
free "mixtape" mp3s that she created back when she was first trying to get
attention, directly off her EMI-owned site:


There's music from Jay-Z, Jefferson Airplane, The Kinks, The Specials and
more…


From: brian a
Subject: RE: Lily Allen Takes A Stand


From: Skwerl
Subject: RE: Lily Allen Takes A Stand


you've probably been emailed this already, but lily stole her rant about
stealing an artist's work from a techdirt writer:
http://www.techdirt.com/articles/20090922/0310156273.shtml
so ridiculous.


From: Matt Grillo
Subject: RE: Lily Allen Takes A Stand


From: Jorge Gonzalez
Subject: Re: Lily Allen Takes A Stand


Her Blog is totally getting pissed on; no one's buying it. Just sample a few
random comments and it's plain to see that the public is way ahead of the
curve on this issue. I don't dislike lily allen, but your absolutely right.
This whole taking-a-stand-against-ilegal-file-sharing thing just makes her
look really foolish and clueless. It's just so dumb. I GUARANTEE you that I
would have never seen her show unless I had "stolen" her first record…and
I might add, this show was back in 06/early 07? and she made a really nasty
comment about file sharing back then. I remember it struck me how stupid it
was of her to say that to an audience in Miami, an out of the way place for
most small-indie artists (I say "indie", because that's basically what she
is in the US, even though her music is totally fabricated pop.) She could
NEVER have booked a show in Miami if it wasn't for file trading. She had no
clue back then and still doesn't. I'm sure I wasn't the only one in the
audience that night that felt slightly insulted and simultaneously amused by
her naivete.


The curious thing about Allen is that she was one of the first (only?)
"Myspace-generated" stars. The buzz around her was that giving it (her
music, personality, image) away for free on Myspace "made" her as an act and
"forced" the industry to work with her. (I believe it later came out that
the whole Myspace authenticity thing was a feint by her label/handers.)


So, Lily Allen was all for technology until she found out that it didn't
benefit her as a semi-mainstream pop auteur. As a non-mainstream, amateur
singer-songerwriter type I sometimes wonder what the answer is when it comes
to building a new model that can meet the needs of up-and-comers. However,
I don't think the answer is for a few of the now privileged to demand that
they get the same monopolized chance at stardom that people came to expect
during the '80s and '90s industry heyday. It's a rather recent
(historically speaking) phenomenon that "artists" are recognized in their
lifetime and showered with material and cultural wealth so that they can
live in luxury.


If more people focused on the doing good work aided by cheap and easy
technology rather than solving business puzzles caused by that same
technology, they'd at least be more satisfied as artists.


From: PORKSPAM
Subject: Re: Lily Allen Takes A Stand

People are based in habit. In any part of life. Habit and ritual. We do
things a certain way that we know how, we learn to do it that way and we get
used to it and we consider as americans (or people in general) we do it well
because it's the way we've been doing things, and well that's how it's to be
done.


Is that smart? no. Does that mean we are doing things in the most optimum
way? hell no. But trying to get the masses to change their ways is one hell
of a challenge. One way is to do that quick offer free stuff. Free music
got people to wise up to the net and filesharing really fast. Now to
reverse that? Go back to paying? To having less music? What's my
incentive? What's the reward? A good feeling in my tummy that lily allen
approves of what I do from her drunken stupor in england?


do you mind if i post your piece on my blog?


I emailed the person that runs this site and asked him if i could publish
his piece here. he hasn't got back to me so, i'll just post a link to his
site. makes for interesting reading and some good points.