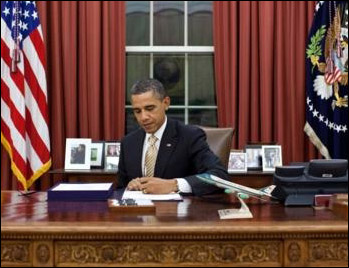 A feel good circle jerk promulgated by those out of touch with economic realities. And tech ones too.

Remember when Congress held hearings over Napster? What killed illegal P2P was technological solutions, i.e. Spotify, with its free tier. Want to kill ticket scalping? Charge what the tickets are worth or tie them to the buyer, neither of which the sellers are willing to do.

Let's start with the musicians, so worried about their image that they will not charge what their tickets are worth. They parade their lifestyles in social media, the private jets and the island vacations, and then we're supposed to believe they truly care about the little people, that ticket buyers see them as other than the mercenary tools they most certainly are.

Or you could go paperless. But then you might find out demand is de minimis. Miley Cyrus taught us this lesson. Attorneys general were up in arms that their constituents could not get tickets for her tour. So, she went paperless the next time out and found…the overwhelming demand was artificial, created by scalpers, the same people employing these bots.

Come on, when you leave eight billion dollars on the table do you really expect hackers overseas to be afraid of some silly U.S. law? Especially when the government can't even keep its own house in order, when its servers are infiltrated by foreign governments?

This is not a legal issue, this is an economic issue, one which the purveyors would prefer to go unsolved. Because the truth is sellers don't care about customers, they just care that someone else is reaping the revenue. The upside on StubHub does not go to them. But can you blame someone for shopping on StubHub when the ticket game is so opaque? You've got to get every credit card known to man, from Citi to AmEx and beyond, you've got to join the fan club, and for those waking up at ten a.m. on Saturday, they haven't gotten the memo that by time the public onsale takes place oftentimes fewer than ten percent of the tickets remain.

As for being unable to buy a ticket to "Hamilton"… Try buying the hot new Christmas toy. Or the hot new car. You overpay, it's simple supply and demand. Which is why the "Hamilton" producers now have multiple productions in other locations. Come on, you can't get a Tesla Model X on launch date but everyone should be able to go to "Hamilton" whenever they want at face value? Give me a break.

"Hamilton" could go paperless. But then how would those fat cats who traipse through New York get in at the last minute? The producers always talk about the little guy, but the person they protect is always the big guy. There's always a ticket for the big guy, who might overpay for it, but it's available.

What's our goal here? To get the public in at a fair price or…

And it's only getting worse. Acts are scalping their own tickets, talent agencies too, they skim the best and sell them as VIP packages, everybody's in the ticketing game yet they're pointing fingers at the anonymous bots as the problem… Give me a break.

And the truth is the employers of those bots, the scalpers, are often in cahoots with the purveyors themselves, the promoters, the acts, the buildings… They want to make sure they meet their nut, they want some of that upside.

If you want transparency, the BOTS Act won't get you there.

But enough people pissed that they weren't getting the upside leaned on the government to the point this inane act was passed. Makes you lose all faith in our system.

Everyone wants to jet back to the past, when you lined up and every ticket went on sale at one time.

But that was back when the money was in records, not tours. When tickets were three, four or five dollars, maybe ten, certainly not a hundred. Before convenience ruled. Before everybody in America believed they were entitled to whatever they wanted at list price immediately.

But that can't happen. Drake can't play enough dates to satisfy demand. Beyonce either. You're lucky if you can go.

Which is why most people love scalping. The bots make it so they can buy tickets from third parties. Of course they overpay, but it's not only the rich doing this, but the rank and file, it's worth it to them to pay five hundred bucks to sit up close, they scrimp and save and in an era where experiences are everything, it's worth it.

So what I'm saying here is there's a gap. Between what we're charging and what the tickets are worth. And those most unhappy about it are the sellers, they want that gap, that upside, for themselves. Which is why they're not attacking the underlying problem, just those keeping them from this extra revenue.

Pass a law putting every seat in the building on the manifest.

But the government won't. Because it doesn't even understand what's going on.

And believing the bot makers and users will be afraid of this law is believing dope laws will eliminate drug use. Ain't ever gonna happen. There's too much money on the table and the public wants to use drugs. Legalize it and sell it at a fair price and you eliminate crime. The same paradigm works in ticketing… Put all the tickets on sale for what the traffic will bear and bots will disappear overnight. This is what the Stones do, they flex price, depending upon demand, no one scalps their tickets, and they have the biggest gross.

This act is just evidence of how wrongheaded the industry has become.

We're going in the wrong direction. We're driving buyers to the secondary market. Because the primary market is incomprehensible, it's a full time job knowing when tickets go on sale and how to buy them.

Charge what the damn things are worth. Tie the buyer to the ticket.

But no one will do this.

The BOTS Act is much ado about nothing.