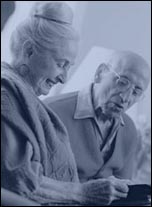 (CelebrityAccess MediaWire) — Figures released by the UK record industry's trade association the BPI show for the first time the massive impact that the over 50s are having on the UK charts. The report carried out in conjunction with Age Concern, found that:

** 23% intend to buy a digital music player in the future.

Older consumers already represent a huge chunk of music purchasing with 24% of all album purchases in 2004 made by the over 50s, and this market is set to increase with Britain's ageing population:

Favorite Artists amongst the Over 50s':

"Album sales continue to grow in the UK, and older music buyers are clearly responsible for much of that growth," said BPI spokesman Matt Phillips. "Nearly a quarter of all albums sold are bought by older music fans – and that percentage is set to grow as the UK population ages."

While only 4% of the over 50s currently own a digital music player, that could soon change with MP3 players one of the most popular gifts this Christmas–more over 50s are set to join the download revolution. For those that don't already own a MP3 player, 23% said that they intend to buy one in the future. This will come as more welcome news to the British record industry, which has already seen digital sales increase by 400%* in the last year.

"Legal music downloads may have taken off in a big way in 2005," said Phillips, "but these figures underline the huge potential that still remains in digital music, particularly amongst older music fans."

The study also shows that 59% of respondents stated that music was "an important part of their lives" with 68% listening to music in the background while doing other things and one third listening to CDs, tapes or records on a daily basis. Classical music was the most popular genre, with easy listening and country close behind, but a massive 64% said they also like rock music and 45% of respondents said they listen to Radio 2 every day. –Bob Grossweiner and Jane Cohen