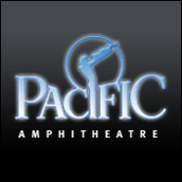 COSTA MESA, CA (CelebrityAccess MediaWire) — After six years of money-losing seasons, the Pacific Amphitheatre managed to turn a modest profit of $650,000 over the summer season.


Since reopening in 2003, the 8,500 seat Pacific Amphitheatre has annually played host to entertainment at the Orange County Fair but not found much success, chalking up 1.3 million in losses over a six year period. This year, organizers changed things up and finally managed to post some black ink, in spite of a tough economy.


"We hit all our targets," fair CEO Steve Beazley told the O.C. Register.


Among the changes implemented at the fair were fewer major performers and fewer "freebies" which helped to cut costs. Other changes Beazley implemented were were to not book opening acts which saved the fair $800,000. The lower overhead meant cheaper tickets and ticket sales were up by 30,000 from last year.


Duran Duran proved to be the biggest draw for the Pacific Amphitheatre, generating $150,070 in revenue while the Black Eyed Peas weren't far behind, bringing in $148,511, the OC Register said.


Not everything was coming up roses however and 10 of the 23 shows booked at the fair still lost money. Among the red-ink generators were the Pacific Symphony's night of Disney Music, which lost $94,589 and Melissa Etheridge, which cost the fair $63,777. – CelebrityAccess Staff Writers