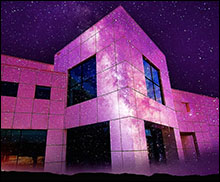 According to the Los Angeles Times, two versions of the tour are on offer. A general admission excursion that provides a view of Prince's main floor recording studio, as well as his video editing and rehearsal rooms; sound stages and his private NPG music club.

The VIP tour adds a guided tour of the facilities, as well as visits to ancillary rooms and studios, as well as a look at some of Prince's personal artifacts from his archives and other amenities.

The general admission tour will set you back $38.50 while the VIP package costs $100

Visitors are strictly enjoined from taking photos or videos during the tour, on threat of being banned permanently from the property, according to warnings on the official Paisley Park Tours website. As well, the tour provider notes that cell phones will be 'secured' while visitors are on the tour.

Tours will resume Friday and reservations for tour dates through December are available on the official Paisley Park Tours website. – Staff Writers