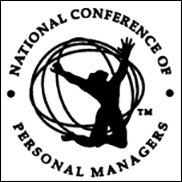 LAS VEGAS (CelebrityAccess) — Organizers for the National Conference of Personal Managers (NCOPM) have announced the twelve talent industry execs who have been nominates as the 2017 inductees into the Personal Managers Hall of Fame.

The 2017 Hall of Fame inductees include:

Brian Avnet is the manager of David Foster, Josh Groban and Joshua Ledet. Starting as a road manager for Bette Midler, his clients have included The Corrs, Manhattan Transfer and Frankie Valli.

Sid Bernstein (1918-2013) was the impresario who brought The Beatles to America, He was a concert promoter, producer and manager of Esy Morales, The Rascals, Ornette Coleman and others.

Eileen De Nobile (1957-2016) was a producer and talent manager who launched the careers of Christina Ricci, Keisha Knight Pulliam and many other Broadway, film and television artists.

Lois Miller (1937-2014) was instrumental in the career development of numerouse young actors on Broadway, commercials and television, including "The Sopranos" actress Jamie-Lynn Sigler.

Arthur Shafman (1939-2014) was known for bringing Mummenshanz to Broadway and managing the careers of Tammy Grimes, Michael Feinstein, Sandra Reaves-Phillips and Shield and Yarnell.

Rick Siegel has managed Rosa Blasi, Craig Ferguson, Leah Remini and Nia Vardalos and has been a legal crusader for challenging the constitutionality of the California Talent Agencies Act.

David Sonenberg is a producer and manager for The Black Eyed Peas, Indiggo, John Legend and Meatloaf. His film "When We Were Kings" received an Academy Award for best documentary.

Jerry Weintraub (1937-2015) was a concert promoter, talent manager for John Denver, The Carpenters, and The Moody Blues, plus a film/tv producer who won three primetime Emmys.

Sponsored by the National Conference of Personal Managers (NCOPM), the 2017 Induction Ceremony will be held on Thursday, May 18, 2017 at Downtown Grand Hotel & Casino in Las Vegas. – Staff Writers