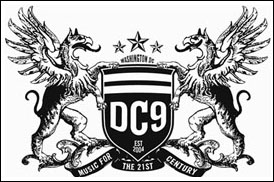 WASHINGTON, D.C. (CelebrityAccess MediaWire) — More than 100 protestors gathered outside of the U.S. Attorney's Office for the District on Monday to protest charges being dropped against five men who were accused of fatally beating a man outside of popular nightclub DC9.

According to the Washington Post, 27-year-old Silver Spring resident Ali Ahmed Mohammed was allegedly beaten outside of DC9. Police said that Mohammed had been denied entry to the club and had come back after throwing a brick through the window. The five men, employees of the club, pursued him and allegedly brutally beat him. Mohammed subsequently died at a nearby hospital, but the medical examiner's office has not found injuries consistent with a brutal beating.

On Friday, U.S. Attorney Ronald C. Machen Jr. announced that charges against the five men were being dropped and that the investigation would continue.

"Our work is not done. The tragic death of Ali Ahmed Mohammed demands that we undertake a careful and comprehensive investigation to determine precisely how he died," Machen said in a statement. "The search for justice cannot be rushed, and we will continue to pursue an active and vigorous inquiry." – CelebrityAccess Staff Writers