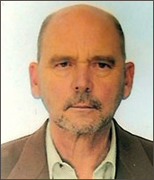 LONDON (VIP-NEWS) — Jim Beach, manager of rock band Queen, has spoken out in support of the proposed Universal-EMI merger.

In a letter published in the British newspaper The Times on May 5, Beach said that: "Today's music business is very different to that of 40 years ago, when the band I represent, Queen, began its career with EMI Records.

"Then the company was a hugely influential creative force in the U.K. and overseas. It gave us extraordinary music across virtually every genre, and its artists shaped the tastes of more than one generation," Beach went on to say, adding, "But the latter-day EMI Records under private equity proved to be a very different place.

"Investment was slashed to the detriment of the artists, Queen among them, and we were not alone in jumping ship. I look forward to when EMI Records will again be owned by a music company as there are still great artists and executives there who need more creative people at the top," he went on to say.

EMI was purchased by private equity firm Terra Nova in 2007 and acquired by Citigroup in February 2011.

For a band on the level of Queen, a consistent, music-centered hierarchy at EMI after the merger would be a welcome change, but smaller, independent labels and artists are not so sure. Executives such as Martin Mills of Beggars Group, PIAS managing director Edwin Schroter, Cooking Vinyl founder/managing director Martin Goldschmidt, and even outgoing Warner Music Group chairman Edgar Bronfman have come out in opposition to the merger, citing fears of market share manipulation and media and retail control with which other labels would not be able to compete.

On March 23, the European Commission announced it was entering a second phase of its investigation into the merger, with a decision not due until August 8.