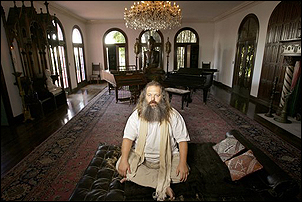 NEW YORK (CelebrityAccess MediaWire) — After months of speculation, Columbia Records has confirmed that Grammy-winning producer Rick Rubin has joined the company, although there are no details yet on his exact role with the label or where he will be based.

Columbia released a statement on Monday, May 14th, announcing that the move is official, stating that Rubin would “form a dynamic and creative executive partnership” with Columbia chairman Steve Barnett, under a new model devised by Sony Music Label Group president Rob Stringer, according to Billboard.

As part of the deal, the Los Angeles-based music mogul will bring his American Recordings label to Columbia, which previously distributed the imprint in the late 1990s and early 2000s. American has been distributed by Warner Music Group for the past few years. Rubin’s label currently has a roster that includes Slayer, Dan Wilson and (International) Noise Conspiracy, and controls catalog from Johnny Cash, the Black Crowes, Danzig and the Jayhawks.

Rubin will continue to produce for artists at other major labels, in addition to producing albums for Sony BMG acts.

Rubin won five Grammys in February for his work with the Dixie Chicks, Red Hot Chili Peppers and others. –by CelebrityAccess Staff Writers