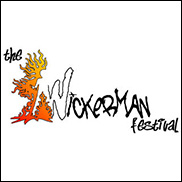 DUNDRENNEN, Scotland (CelebrityAccess) — The Wickerman Festival, billed as Scotland's leading alternative music festival, has come to an end after a 15-year run.

Organizers for the festival, which was on hiatus in 2016, said that despite the break, they had decided to discontinue producing the event, which had traditionally been staged in July in Dundrennan, Scotland.

"After much thought and consideration Patsy Gilroy and Jennie Camm have decided that the Wickerman Festival will not be continuing. Since it's creation by Jamie Gilroy, Founding Director, the festival has provided us all with an eclectic mix of memories. It's these that we wish people to look back on and remember. Thank you all for your loyal support over the years and please feel free to post your favourite moments for all of us to enjoy," a rep for the fest said in a post on their website.

First launched in 2001 when festival Sid Ambrose, who went on to be the art director for the event, decided that there was an unfilled niche for a counter culture music festival in Scotland. The resultant annual event, which culminated in the burning of a large wicker statue, was likened stylistically to Glastonbury, both in style and musical offerings.

Past lineups have included Stiff Little Fingers, The Rezillos, The Police, The Charlatans, The Damned and Primal Scream. – Staff Writers