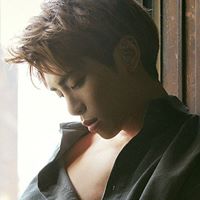 SEOUL, South Korea (CelebrityAccess) – CNN is now reporting the cause of K-pop superstar Kim Jong-hyun's death yesterday as a suicide attempt. Prior media reports have said his death was under investigation and that burnt charcoal briquettes, which would have produced carbon monoxide, were found in his hotel room. Kim Jong-hyun, widely known as Jonghyun, died at the age of 27.

On Monday Kim Jong-hyun's sister received a series of disturbing text messages asking, "Please let me go. Tell me I did well." She contacted the police who found Kim Jong-hyun in his apartment and rushed him to the hospital where he officially passed.

Kim Jong-hyun came to fame as Jonghyun, a member of the highly popular K-pop boyband SHINee. A creation of SM Entertainment, the group debuted in 2008 and became a leading force in K-pop.

Such a debut would have come after many years of training by the performers who then go on to a contractually restrained public life. The pressures are likely immense with far less artist control of one's career than typically found in the West.

In a message sent to a friend two weeks prior, Jonghyun revealed his painful feelings and included comments about his fame. K-pop site Koreaboo shared the message which included these thoughts:

"The life of fame was never meant for me."

"That’s all the reason why it hurts. Because I’m famous. Why did I choose this. It’s so funny."

"What can I say. Just tell me I’ve done well. That this is good enough. That I’ve worked hard. Even if you can’t smile don’t fault me on my way. You did well, you worked hard. Goodbye."