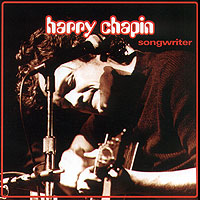 "We are very proud to work alongside the members of the Chapin
family to keep Harry Chapin's legacy and music alive," says Skyline
Music's Bruce Houghton. "Tributes can often be moving, but having Harry's
brothers, daughter, and original band join together to celebrate these
incredible songs and stories make this show truly unique. The initial
response has been nothing short of amazing."

Limited dates are available in spring and summer 2003 before a
full-scale tour begins in fall 2003.