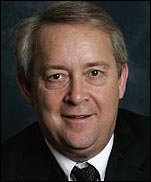 LEEDS, UK (CelebrityAccess MediaWire) — SMG Europe has been selected to operate a brand new arena, currently in the planning phases, to be built in Leeds.

SMG was one of six companies, including Live Nation, AEG and Global Spectrum, which submitted bids to run Leeds Arena. Detailed specifications for the arena have yet to be decided and will involve input from SMG, but it is expected to have around 12,500 seats; have an entertainment focused layout and be able to cope with national and international scale music concerts.

Cost projections are currently running to the tune of $98 million for the project, to be funded partially by the sale of Leeds Bradford Airport and another $50 million from private investors is anticipated.

SMG Europe has strong experience in the market and runs more than sports and entertainment outlets across Europe, including Manchester's MEN Arena and Newcastle's Metro Radio Arena.

"We are very excited about this tremendous opportunity to bring to Leeds a world class entertainment venue. The arena is long overdue and will be an important centrepiece for the city and region on many levels, and we are committed to its success. This state of the art venue will enhance the reputation and stature of Leeds as a modern and vibrant city with facilities which attract the top performers from around the world, and rival those of any European competitor." John Sutherland, MD of SMG Europe said. – CelebrityAccess Staff Writers