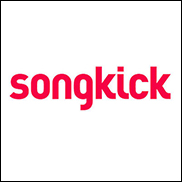 Fnac, which owns France Billet, Carrefour Spectacles and its own ticket agency, Fnac Spectacles, is the market leader in France, selling nearly 14 million tickets annually through its online platform, and its network of more than 1,200 physical shops, including its Fnac music retail stores.

Songkick simultaneously announced a partnership with Facebook that will integrate concerts and events from Songkick into Facebook and its 2 billion users.

Last month Live Nation acquired for an estimated $110 million much of the remaining assets of the company formerly known as Songkick, Complete Entertainment Resources Group (CERG), settling out of court a costly legal dispute set to go to trial. Live Nation’s acquisitions include Songkick’s ticketing platform, anti-touting algorithm, API applications and portfolio of patents, all of which it acquired for an undisclosed sum.

Songkick’concert discovery platform was acquired by Warner Music Group last July, an acquisition that specifically excluded its ticketing business, formerly known as Crowdsurge, and the “pending litigation” associated with it.

“We have tapped into Warner’s global infrastructure and existing fan base to accelerate growth and solidify Songkick’s status as the best concert discovery tool in the market,” says Tony Harlow, president of WMG’s label services division, WEA. “We know that Songkick users are highly engaged passionate music fans and we strive to provide them more content, access and rewards for their enthusiasm.”

“Since we joined forces with Tony and his amazing team at WEA, we’ve been in growth mode, striking a series of deals with distribution and ticketing partners aimed at expanding our global presence,” adds Songkick’s CTO, Mark McIntyre. “Our team is growing, and our plans for the years ahead are more ambitious than ever. We’re off to a great start and are looking forward to building on this exciting partnership.”