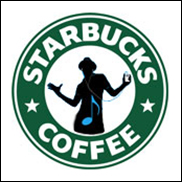 SEATTLE, WA (Hypebot) – Digital music deals and launches are accelerating ahead of next months Apple music relaunch. Spotify hit a solid double yesterday with multi-faceted Starbucks deal that includes 200,000+ free Spotify Premium accounts and marks a shift for the ubiquitous retailer away from a long-term relationship with iTunes.


Longtime iTunes music partner Starbuck is shifting its allegiance from iTunes to Spotify in a multi-year deal that involves music in its 7000 retail outlets, free Spotify Premium for all its employees and input from its massive customer base.


Starbucks 150,000 U.S.-based employees will receive a Spotify Premium subscription, followed by staff in Canada and the U.K. Starting in the fall, Starbucks staffers will help shape the music programming in Spotify's 7000 stores. These playlists will then be accessible on Spotify via the Starbucks Mobile App so that is 10 million customers can stream music anywhere – not just in Starbucks. As part of the agreement, Spotify Premium will also be promoted in the stores.


Presumably, Starbucks will still be paying ASCAP. BMI, SESAC, SOCAN and other appropriate performing rights organizations for in store music. But no details were offered as to who, if anyone, is paying for the free subscriptions for Starbucks staff and hours of free out of store listening by customers.


Spotify users will also enjoy opportunities to obtain “Stars as Currency” for its My Starbucks Rewards loyalty program. The music streamer will also include a dedicated section featuring new playlists from Starbucks and its most popular music from the past 20 years, available to all Spotify users.


For more than four decades, Starbucks has built a "Third Place" experience with music at the heart of its coffeehouse culture. In 1994, a dedicated entertainment team began selecting original CDs spanning a diversity of musical genres and geographies. But just months ago, Starbucks stopped sales of physical music.


"Throughout its history, Starbucks has worked closely with the music industry, offering a variety of artists a platform for their work," said Howard Schultz, Chairman and CEO of Starbucks. "By connecting Spotify’s world-class streaming platform into our world-class store and digital ecosystem, we are reinventing the way our millions of global customers discover music.”