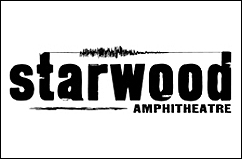 NASHVILLE (CelebrityAccess MediaWire) — Live Nation has closed the Starwood Amphitheater and cancelled the upcoming concert season, as a sale of the Antioch, Tennessee shed appears imminent.

“We have made the decision to close the amphitheater pending the completion of the deal which has resulted in the elimination of several positions from the venue,” Live Nation spokesman John Vlautin said in a statement.

The company would not specify the potential buyer.

Live Nation’s Nashville office, headed by Brian O’Connell, will not be affected by the Starwood sale, and will continue its promotion of shows in the Nashville area through third-party venues. –by CelebrityAccess Staff Writers