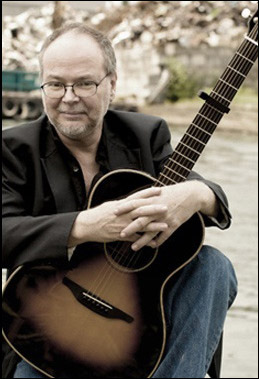 A post on Becker's website confirmed his passing but offered no additional information, including a cause of death. However, fellow bandmate Donald Fagen disclosed at the beginning of August that Becker was unable to tour with the band due to health issues and stated that he had recently undergone a medical procedure.

Becker and Fagan met while attending Bard College in his home state of New York and the two began to collaborate together, most notably writing the score for Richard Pryor’s 1971 movie, 'You Gotta Walk It Like You Talk It Or You’ll Lose That Beat.'

The pair then transplanted to California, where they formed the nucleus of Steely Dan, with Becker on bass, Denny Dias, Jeff "Skunk" Baxter on guitar; Jim Hodder on drums and Donald Fagen on lead vocals and keyboards.

The group produced hits throughout the 1970s, with singles such as "Do It Again" and "Reelin' In the Years" finding top ten success on the charts. However, the band retired from touring by 1974, and parted company completely in 1981 after the release of the Grammy Award-winning album Gaucho was marked by legal controversy after the band's longtime label ABC Records, was acquired in 1979 by MCA, who blocked the band from releasing new music for 2 years.

Becker also suffered a personal setback after his girlfriend Karen Roberta Stanley died of a drug overdose in their Upper West Side apartment. Stanley's family sued Becker for wrongful death, and he settled out of court, but not before his reputation had been smeared in the tabloid press.

As well, Becker was seriously injured in a traffic accident, leaving him with limited mobility while he recovered. All of these factors contributed to Fagan and Becker's decision to dissolve Steely Dan.

After the band parted company, Becker took up the life of a yeoman farmer in Hawaii and then a record producer, with credits on albums from artists such as Rickie Lee Jones and China Crisis, who credited him as one of their original five members, as well as some of Fagan's solo work such as 1993's "Kamakiriad."

In 1993, Becker and Fagan re-launched Steely Dan, and resumed touring, scoring another major hit in 2000 with the release of "Two Against Nature." The album would go on to win four Grammy Awards, including Album of the Year.

The next year, Becker and Fagan were inducted into the Rock and Roll Hall of Fame, and also received Honorary Doctor of Music degrees from Berklee College of Music.

In recent years, Steely Dan continued to record and actively tour, often on the strength of their fan base and back catalog. Last year, they had an extended run at the Beacon Theater in New York, where the band focused on material from a specific album on each night of the run.

Walter Becker was my friend, my writing partner and my bandmate since we met as students at Bard College in 1967. We started writing nutty little tunes on an upright piano in a small sitting room in the lobby of Ward Manor, a mouldering old mansion on the Hudson River that the college used as a dorm.

We liked a lot of the same things: jazz (from the twenties through the mid-sixties), W.C. Fields, the Marx Brothers, science fiction, Nabokov, Kurt Vonnegut, Thomas Berger, and Robert Altman films come to mind. Also soul music and Chicago blues.

Walter had a very rough childhood — I’ll spare you the details. Luckily, he was smart as a whip, an excellent guitarist and a great songwriter. He was cynical about human nature, including his own, and hysterically funny. Like a lot of kids from fractured families, he had the knack of creative mimicry, reading people’s hidden psychology and transforming what he saw into bubbly, incisive art. He used to write letters (never meant to be sent) in my wife Libby’s singular voice that made the three of us collapse with laughter.

His habits got the best of him by the end of the seventies, and we lost touch for a while. In the eighties, when I was putting together the NY Rock and Soul Review with Libby, we hooked up again, revived the Steely Dan concept and developed another terrific band.

I intend to keep the music we created together alive as long as I can with the Steely Dan band.