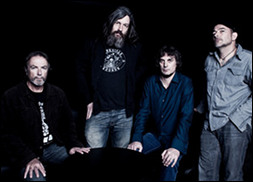 SYDNEY (CelebrityAccess MediaWire) — To celebrate the milestone of their 30th Anniversary, The Church will perform an exclusive concert with the George Ellis Orchestra at the Sydney Opera House Concert Hall on Sunday April 10th 2011.

The Australian band consisting of Steve Kilbey, Peter Koppes, Tim Powles and Marty Willson-Piper will perform a unique ‘best of' selection during "A Psychedelic Symphony".

The recent induction into the 2010 ARIA Hall Of Fame, has allowed The Church to reflect on their body of work as they continue to pursue their career both live and in the studio. Their last album Untitled #23 on their own Unorthodox Records label was lauded by the press as the best of their career, attaining a 5 star review in Australian Rolling Stone.

To mark the 30th Anniversary of The Church, EMI have re released their first four albums, (with the next four to follow shortly) in addition to packaging with extra tracks, rare photos and detailed sleeve notes written by Marty Willson-Piper. A career spanning compilation is also available.

"A Psychedelic Symphony" will see George Ellis lead his orchestra into the collaboration with The Church , which is responsible for classics such as ‘The Unguarded Moment', ‘Under The Milky Way', ‘Metropolis' and ‘Almost With You'.

George has worked with a myriad of distinguished musicians including Lou Reed, Alex Lloyd and Augie March among others, and has toured internationally to Paris, Brussels, Amsterdam and London. He has also lectured at prestigious music institutions including the Sydney Conservatorium of Music and the Canberra School of Music and has presented workshops in Music Theatre and Conducting for NIDA and the Australian Society for Music Education. He is the Musical Director of the Sydney University Symphony Orchestra.

Check out The Church performing 'Under The Milky Way' with George Ellis and his orchestra during their recent induction in to the ARIA Hall Of Fame.