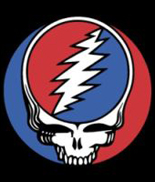 SAN FRANCISCO (CelebrityAccess MediaWire) – When I hear the words The Grateful Dead, personally I think drugs, dancing and hippies spinning before politics. However according to Reuters this San Francisco based band (now sans one very key factor, Mr. Jerry Garcia) is going to be backing Obama for 2008. The Dead have been playing the political play list since the 1960s, and will reunite on Monday for the first time in four years on Friday February 8th to rally support for Democratic presidential race.

Band leader Jerry Garcia died in 1995. Surviving members have played together occasionally since then, most recently in 2004. On Monday, original members Mickey Hart, Phil Lesh and Bob Weir will play at a San Francisco theater a day before California's primary. According to Reuters

"They have agreed to reunite for this one-time-only event in order to lend support to Senator Obama leading into the crucial 'Super-Tuesday' series of primaries held on Tuesday, February 5th," the band said in a statement.

I am not sure how many "Deadheads" will both attend the concert and rally politically not to mention bother to wake up the day of the vote and cast theirs. But this old 'deadhead' wishes Obama and the remaining members of The Dead the best. I am sure to miss a heck of a show. –by CelebrityAccess Staff Writers