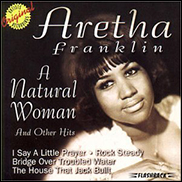 It brings tears to your eyes.


What kind of crazy world do we live in where the two musical highlights of the year were provided by septuagenarians?


That's right, Taylor Swift and Adele did not reach Mt. Everest in 2015, theirs were financial stories propped up by commercial pop and grade B songs, the peaks were reached by Bob Dylan and Aretha Franklin.


Dylan put a cap on the old and brought in the new at the Grammy Awards, wherein he gave a speech that proved not only that he still had it, that the same guy who cut "Positively 4th Street" still operated at an elite level, far outpacing all his so-called competitors, but that he'd been paying attention all these years, he truly knew which way the wind blew. And it was a live event that if you were at you'll never forget and if you weren't you won't ever really understand. Kind of like Newport. You can read about it, but to be confronted with limit-testing individualism unexpectedly is to feel fully alive, knowing that you had an intimate moment with a god.

And then, at the end of the year, came Aretha. She truly made us feel like a natural woman, even if you were a guy.


"Looking out on the morning rain"


Back when we used to be contemplative, back when Carole King's "Tapestry" owned the turntable, when life wasn't about boasting but introspection, when our music soothed our souls, didn't merely fire us up and get us to dance.


The above-referenced "1989" and "25" will have a fraction of the impact "Tapestry" once had. Because it was a different era, one could own the conversation, and because the songs on "Tapestry" were timeless, known by heart by every baby boomer, beacons in the wilderness. If you're a boomer and you don't sing "So Far Away" in your head on a regular basis, you're a wanker with no sense of context or reflection. Come on…

"So far away
Doesn't anybody stay in one place anymore"


Funny how the web and Facebook have brought us back together, but that's the story of the boomers, the itinerancy. We couldn't afford plane tickets on a whim, we got behind the wheel of our large automobiles and spread out over this great nation of ours, bringing our values and our music. That's right, you had your 8-tracks and cassettes, riding shotgun. We felt the earth move with our friends and then it was too late to become someone different, we were who we are.


But there were two legacy tracks on "Tapestry," that we knew in prior incarnations, when legendary singers covered the work of Carole King and her husband Gerry Goffin.


And "(You Make Me Feel Like) A Natural Woman" was a smash for Aretha Franklin in the fall of '67. It followed "Respect" and was bookended by "Chain Of Fools." Aretha had jumped ship from Columbia to Atlantic and she'd found her commercial groove, she was the biggest female singer on the planet. Diana Ross and the Supremes may have parted the sea, but it was Aretha who came sailing on through, who owned not only the airwaves, but our hearts.


And like today's prodigies, Aretha started young, in church.


But unlike the kids, Aretha could play, as she did on the Kennedy Center Honors. Really, do we expect Bieber or Taylor or Adele to tickle the ivories like that?


Because now music is more about fame, more about the scorecard than art.

The Kennedy Center Honors are ersatz. Deserved honorees feted in a second-class fashion, all schmaltzy talk and too often second-rate performances, often by second-rate stars. I'm all for giving people props, especially after long-distinguished careers, I just wish these shows had more moments of gravitas, that they touched us like the original performances, on Broadway, at the Fillmore.


But occasionally they do.


I didn't see Aretha live, never mind being there at the original taping.


But when I got back to the condo after the telecast, it was all anybody was talking about. Remember that? When something was so good the assembled multitude couldn't help but testify?


And then I watched it.


Some will focus on Aretha's appearance, not knowing that having the music inside you is what makes you beautiful.


But the high point is when Obama wipes away a tear.


It's our country now, the yahoos fighting the immigrants, ignorantly supporting the rich, are fading to black. Because music stopped the Vietnam war and we live in a rainbow of color these days, credit MTV, which integrated us on television to the point where our mores were changed. Oldsters may have a problem with gays getting married, but the younger generation is just fine with it. And old whites may hate that we've got a black President, but they'd be stunned to find out their grandkids adore Kendrick Lamar. Our nation is challenged in so many ways, but if you stop tilting the table, if you stop the gerrymandering and the disinformation campaign, you can see that we're more together and more accepting than ever before, and one of the main things that brought us together was music.


You're lost in the wilderness and then you bring Aretha Franklin up on YouTube and your woes fall away, your life makes sense, you can see a direction home.


"(You Make Me Feel Like) A Natural Woman" was not the first song Carole King and Gerry Goffin wrote. They didn't cut it at home on their computer and expect to be household names overnight.


You don't have to be in a club bumpin' asses.


You don't have to be on your iPhone connecting with your buddies.


All you have to do is pull up the video of this performance and your life will be elevated, all the b.s. dragging you down will be pulled away. You won't believe people this talented still walk the earth, that not everybody in music has been dumbed-down.


This is where we reclaim the power from the bankers and the techies. When we dedicate our lives to art, to excellence, to exhibiting the human condition such that those exposed won't feel so alone.


Aretha, you make me feel that life is worth living.


Carole, you make me feel that working in obscurity, nearly alone, is the way to pay your dues and to get ahead.


You both make me feel I'm no longer doubtful of what I'm living for.