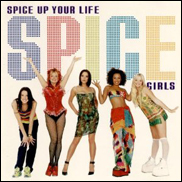 Just want to return to the old days.

What are the old days?

Yes, the CD replacement business still existed, you could only buy albums, which were exorbitantly priced, and Napster had not yet arrived on the scene. But the most important element was exhibition. Promotion. Radio and TV. The old guard had this locked up. Sure, there were indie record stores and word of mouth amongst college students in the nineties, but really, it was all Mariah Carey all the time. Fascinatingly, that's the "American Idol" paradigm. Get a nitwit who oversings and hype him or her to high heaven. But that paradigm's fading, because there are now other options.

Are still listening to Top Forty radio and imploring their parents to buy them music, or doing so themselves via iTunes. Ergo, the stunning spikes of single sales by the Black Eyed Peas and Katy Perry. But little girls reach puberty and set aside their stuffed animals and make a new life. In other words, they like these acts today, hate 'em tomorrow and they're nostalgia thereafter. So, New Kids On The Block can have mania today, be excoriated tomorrow and go on a reunion tour thereafter. This is the Spice Girls paradigm. Today's Top Forty wonders are no different.

They're the ones the old guard are making music for. They're casual consumers. Music, makeup, tanning, watching sports…they're no different, they're all equal. Music is something you bump your ass to in the club.
Who makes it is irrelevant. They just need an endless loop of Dr. Luke productions. When they finally grow up and get married, they'll forget all about the tunes and spend money on cars and kitchens and the other totems of domestic life.

Remember when music was king. They'll go see the oldsters in concert, know the hit of music, are willing to delve in and listen intently to new music, BUT THEY JUST DON'T KNOW WHAT TO LISTEN TO! And, as a result, they continue to spin the old tunes.

This is where the revolution is happening. Sure, it percolates down to the high school level too. And it's not just boys, it's girls too. They don't listen to the radio, they don't watch music on TV, they might know what Vevo is, but don't care, they'll steal the music online but pay for a vinyl album at the gig even though they don't have a turntable. They think music is important. It speaks to them. They're turning the tide.

It's 1968 all over again. Whilst the old guard and mainstream media are paying attention to AM radio, the action is on FM. And in a few years, AM will be a sideshow and FM acts will rule. Because AM is a confection and FM speaks to both the heart and mind. AM is toys, FM is substance.

The old game is running on fumes. Say it's about illegal downloading, say it's the recession, but the real problem is music and choice. Without needing to pay attention to one exhibitor, why in the hell should music junkies swallow the crap being shoved down their throats?

Eminem is a superstar coasting on his past success. We still care what Bill Clinton does, and those who were conscious at the turn of the century are still interested in Eminem.

But there is great new music. But you've got to be a college student to know about it. You can't live in a silo. Despite the technological revolution, you find out about new music via friends, via word of mouth.
Nobody knows every genre, there's no comprehensive site. That's why Pitchfork can't grow. It's appealing solely to a niche. The rest of the public ignores it.

Now there's nothing wrong with the niche. But what if the best of each niche could be spoon-fed to those who truly care about music?

It's not Pandora. It certainly isn't terrestrial radio. It's not lowest common denominator tunes. It's something like NPR without the highfalutin'
attitude on steroids.


Everything starts with trust. You trust your friends. Right now, most people do not have a trusted source for music other than said friends. But when that appears, and it will be a Website, look out!

Suddenly there was an FM station in every market. Suddenly people bought FM radios just to listen. FM was different. First and foremost, there were no jive deejays, the station respected you. And you didn't only get tunes, you got information, news you could use. The FM station was your best friend.
NO ONE in the old guard is your best friend.

Concerts won't be overpriced performances by acts more akin to Broadway than classic rock. It will be about the music. Tickets will come down in price because the audience will demand the ability to go to multiple shows, they'll want the hit of live music on a regular basis. It won't be about one GaGa, but many successful acts.

There continued to be stars on AM radio when FM ruled. GaGa is like Gary Puckett. Maybe Paul Revere. It was no longer about reaching everybody, but reaching the right people.

Arcade Fire is a crossover artist. Just like Cream eventually got airplay on AM radio, Arcade Fire is so successful, the mainstream takes notice. But it's no longer about the mainstream, but Arcade Fire's core audience. Which likes that their favorite artist has been validated, but want no part of the old guard world.


The successful touring artists of today, the new guard, don't bitch about online theft. They know without free distribution to spread the word, they're screwed. They know that their calling card is their music, not their visuals. They know that the audience has no concept of a release schedule. You put out as much music as you feel like and your fans find it.
They know that the show can't be static. You can tour again and again in the same market as long as your show is different. They know they're in bed with their audience. That unless you treat your fans right, you won't grow.
They know every opportunity is not a good one. Sometimes you've got to leave bread on the table, overexposure has a cost, that they shouldn't do anything that can alienate their core.


And these bands have fans. That are keeping them alive. The only disconnect is between these bands and their potential new fans. The new fans just can't connect.


FM radio was the filter of yore. Today the filter is your friends, tomorrow it will be a Website. Right now, there's an overwhelming deluge of PR B.S., preventing new fans from discovering the great music.


The great music is played by those who live for it. Who practice. Who make up their career plan as they go. To them, music is everything.


When those desirous of hearing great new stuff connect with it, when the baby boomers are pulled in, even more important when the teenagers abandon the confections for this quality new stuff, the landscape will look totally different. The old guard will have little power. Acts won't want to play that game and the fans, like the college students of today, will be suspicious of anything being purveyed by the usual suspects. We'll have different businessmen, different managers and promoters. Music will come first, it will stand aside of corporations and everything the old guard says is necessary but is truly superfluous. Everybody will be drawn to this new flame, which is more than flickering now but will soon become a conflagration.


The power brokers won't be the businessmen, but the musicians.


It's happening. The tide has turned. Many no longer even pay attention to the old guard. The edifice is crumbling. It cannot be propped up, it cannot survive. Something better is building which will take its place.