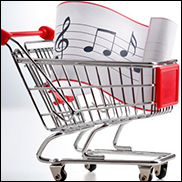 
That's an old game which pays few dividends in the modern world. Used to be it was about making a big first week splash so retailers would reorder, now physical retail is de minimis and nearly irrelevant. Hype should begin no more than a week out.


Speak to those already converted, don't try to convert those who don't care or don't know right out of the box, it's a wasted effort. It's key to be able to contact your tribe. E-mail is best. But social media works too, albeit less efficiently. Your core fan is eager to hear new material. He or she will stream it immediately and spread the word, especially if it's good. Never forget, the word of your fan is more persuasive than the word of the media. The media moves on to a new story tomorrow, a fan lives and breathes your work. A fan can get friends to listen, and the more someone listens to anything, the more they like it.

3. STREAMING NUMBERS ARE EVERYTHING


Ironically, it's the major labels who know this most, that's right, the supposed antiquated are the hippest. Majors know it's all about metrics, they're looking for a reaction. If there is one, they can leverage it, for television appearances and radio play. Press is trumped by cold hard numbers. No one cares what the critic has to say, but they can't argue with facts, i.e. numbers. Forget the "Billboard" chart, it's caught up in transition, trying to bridge the gap between sales and streams, and doing it very poorly. The metrics that mean most are Spotify and YouTube. YouTube is great for the single hit, but the Spotify numbers for more than the single are key, they show fan devotion, they illustrate that the act is not fly by night.

You want to be on them. Fans discover music by driving by, via hit and run. When something jumps out of the playlist they add it to their library and play it again. I discovered Kurt Vile's "Pretty Pimpin" this way, it was on the Songpickr playlist, it jumped right out of my phone. With almost no traction in the mainstream media, "Pretty Pimpin" has racked up 4,585,957 listens on Spotify. That's even more than on YouTube, which shows 1,534,655. YouTube is reactive, it's not where things are started amongst music devotees, it's where the young and unwashed go to listen to music. The hard core is on streaming services, and despite the hoopla about freemium, the hard core eventually pays, because it wants to be able to pick and choose on mobile and music means that much to them. I was further energized about the Vile track when Keith Urban testified about it, we always want to know what our heroes are listening to, especially if it's obscure/unknown. This is the future of breaking acts, playlists, where tracks are ultimately embraced and spread, slowly. Everything but the hit spreads slowly today.


You've got to find a way to worm the music into the public consciousness, to get people to not only play it, but keep playing it. This is not only the way you get paid for recordings, but the way you truly make money, on the road. In today's world, where the morning news story is forgotten by six o'clock, it's your job to stay in the public mind, to be part of the discussion.


If you want to be bigger than you are, you have to deliver a catchy track that grabs the listener in four seconds or less that they not only want to hear again, but tell everybody about. You don't get more time. People judge immediately. And good is not good enough. If your album doesn't have a hit, you're preaching to the converted, whose size probably won't grow, but shrink, because people are drawn to that which is hot. Once again, a hit is not necessarily something that plays on the radio, but something that gets someone to jump out of bed, toss their pajamas, dress up and walk to the all night record

shop to buy. That's what Ahmet Ertegun said, the only difference today is you grab your mobile and search for it on Spotify or YouTube. The essence is the same, you've got to hear it again. Everybody's overloaded with input, you can only break through with your work, no media campaign, no amount of imploring can make you a star anymore, you either have the goods or you don't. And if you don't, you'll know right away and need to go back to the drawing board immediately and make new music. Don't beat a dead horse, it's sad and ineffective.


7. RADIO ONLY WORKS IN POP


And if you don't make pop records ignore it. Oh sure, you can get a start on NPR, but you'll probably hit a wall. Same deal with Active Rock radio. Niche formats mean something, but not much. Your job is to go online and find your tribe and grow it, the niche radio stations are an echo chamber. But pop radio is a behemoth. If you make pop music you must have a hit, it's not about your cred but your CV, what you've done for us lately, record a bunch of hits and you can play arenas, can you say "Rihanna"? Pop artists are not in the album game, their album sales illustrate devotion, but not truth. Non-pop artists are all about the body of work, the audience wants to dig deeper. Which is why you must shorten the release interval to satiate listeners who might otherwise drift off to someone else.


We expect live videos on YouTube. Forget imperfections, someone who's searching for this stuff doesn't care about you getting it right, they just want to cement the bond of fandom and feel like an insider. Your phone comes with a camera, shoot and post video constantly. It doesn't all have to be music, but most should be. Do your songs acoustically and do covers. Covers illustrate roots, they can demonstrate your own personal fandom, the more you illuminate your identity the more people bond to you.


9. EVERYTHING'S SLOW EXCEPT WHEN IT ISN'T


Monster pop hits can be instant, but even Lorde's "Royals" didn't go nuclear until it was on the radio. But there are very few "Blurred Lines" and "Wake Me Up’s. Sure, you want an instant response to show you're on the right track, but you're not gonna have instant stardom. Look how long it took Fetty Wap to break through! Pop radio is especially slow and those who find out this way are mostly casual fans, but they will still stream your songs and go to your show, but probably not if you don't have another hit.

10. HIP-HOP IS ABOUT CULTURE MORE THAN HITS


Sure, there are hip-hop hits, and you can't argue with success. But today's hip-hop is an ongoing story, with mixtapes and a constant flow of information. The rest of music could learn a few lessons from the rappers. Best to be totally engaged, to constantly deliver something new, and know it's less about the unicorn and more about the entire animal, your identity, your body of work.


When you tell everybody it's your greatest work and detail all the friends you employed to make it, most people puke, it's like reading Walter Scott's Personality Parade. That might work for movies and TV, and I can argue it doesn't, but not in music. Music is the most honest medium, it touches people's hearts. And you should speak from yours. The more authentic you are, the more honest you are, the more you reveal your warts and insecurities, the greater chance you have that people will check you out and bond to you.


It's about body of work. If you've got something new to say, record it and drop it online. Your fans will find it. The smaller your circle, the more albums work. Because your hard core is anticipating a lot of material and will play it and digest it. If you're a superstar, the album is nearly irrelevant, at most it's a revenue-generating event. People just want the hit. But they want to dig deeper, which is why you must have more than one track on Spotify. And people play the tracks of a new find in descending order, from most popular on down. And if you don't have a bunch of ear-grabbing tracks, forget it, people are gonna click on. If you want someone to listen to your music four or five times to get it, you want to be a small act. There's nothing wrong with immediacy, it demonstrates skill. Hooks come in all shapes and sizes. Sometimes it's a sound, sometimes it's a riff. Atmosphere can be enough. Be accessible, don't get on your high horse and say the audience must come to you. This will happen once you deliver for them and embrace them.


It won't be about the release, but the aforementioned body of work. Career artists want to keep adding to it. Lead with your music, it's the essence of your career. Sure, employ social media, but it's overrated. Social media can't make a musical star, at most it can get someone to check something out. But if they don't like it in the initial four seconds…