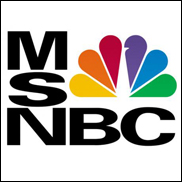 What a difference a year makes.

Last year it was us versus them. This year…it’s every man for himself.

You remember 2012. When the Tea Party was battling the Democrats, when left wingers were scared out of their wits that automaton Mitt Romney would beat out Barack Obama for the Presidency. Now not only is that battle ancient history, we know it was irrelevant, because corporations run this country and the Supreme Court, installed for life, has been hijacked by a right wing majority and there’s nothing you or anybody else can do about it.

Have a different opinion? I couldn’t care less. Because opinions no longer matter. Now it’s about facts. Like how much money do you have and how much have I got. Did you get laid last night?

Yes, since the summer of 2012 hope has gone out the window, we’re no longer in it together, and one thing’s for damn sure, no one trusts television news.

All this b.s. about Fox and MSNBC. Neither covered Wendy Davis’s filibuster and that was ultimately irrelevant with Texas passing the bill anyway.

What is going on in America?

I’m trying to figure it out. And that seems to make me a party of one. Because everybody in mainstream media is so self-impressed, and myopic, I’m not sure they can even see the truth, never mind sacrifice themselves for it.

What we’ve got is a cable channel predicated on fantasy, with “Game Of Thrones” and “True Blood,” trying to be au courant and meaningful and missing the target by so wide a margin I’m not sure they know what the target is.

Something is changing in America. And it’s definitely not being televised.

What we’ve got is an incredible tumult, leaving everything up for grabs, and those with power and those who desire it are grasping at straws that will never stir the drink. They’re playing to each other instead of those with the power, the people.

Watching “Newsroom” tonight it’s clear they’re all in it for personal glory. And maybe that’s the ultimate point, that their hubris gets them into trouble, but why do we care to begin with?

Why should I care about your record? Because you made it? You’re just like Aaron Sorkin, so deep in your hole you’ve lost the plot.

It’s like we’re living in a post nuclear age, one of refugees, searching for sustenance. But all we’re fed is talking heads and advertisements for that which we cannot afford to buy or do not need. Will America right itself? Quite possibly. Will it be the land of the fifties and sixties, an egalitarian, socially mobile, near utopia? If you think so, you’re dreaming.

I don’t care what happened one or two years ago. Occupy Wall Street… That might as well be the “Macarena.” Goldman Sachs? No one thinks bankers will ever pay, that dream’s been forgotten, we saw the carnage, yet Matt Taibbi keeps writing about it and Aaron Sorkin’s making TV about it not realizing the problem isn’t education, but pessimism. We know the truth, we just don’t think we can do anything about it.

Change in America? It’ll happen the same way it did in the Middle East. With an unforeseen spark, a fruit vendor willing to sacrifice his life for injustice.

Sacrifice? Remember when young men went to Canada rather than participate in an unjust war within which they might get their ass shot off? Sacrifice today is when you forget to untag the photo on Facebook and you lose a job opportunity. As for Maggie being busted by a YouTube clip, this would never happen in real life, because no one’s that dumb! Is that how out of touch Aaron Sorkin is? That he doesn’t know how people really act?

When we get to the other side of this, people don’t realize it’s gonna be worse. All this hogwash about the opportunity on the Web? Oh, you can put your stuff up on Spotify and YouTube and tweet about it, but if you think anybody’s paying attention, you’re even more delusional than Sorkin. That’s the story of tomorrow, how everybody shrugs their shoulders and gives up and pledges fealty to the new gatekeepers, unbelievably powerful entities with all the eyeballs. Remember the old Internet, the nineties Internet, sans ads, where the worst thing you had to worry about was a pop-up advertisement? Today even the “New York Times” has full page ads covering its site. Advertising is so rampant online that this on demand world subjects us to more commercial messages than the old days of three TV channels and no remote control. The Web is all sell, all the time, and if you’re not tired of it, if you don’t think something’s rotten in America, then you’re profiting from it, big time, unlike the losers with Google ads on their sites earning bupkes.

It’s the Me Decade all over again. Remember Tom Wolfe’s era? When people had sixties hangover and focused on themselves, to the exclusion of everything else? Do you really expect me to care about these bozos on “Newsroom” taking themselves and their jobs so seriously? They’re laughable. I wouldn’t want to be them, the same way I wouldn’t want to be a banker, because I either want to be happy or do something that matters. And today no one wants to do something that matters, because they’re too busy trying to be rich.

Oh, there’s a patina of importance on “Newsroom,” but since we’re subjected to the real news 24/7, we have no trust for these self-promoters, not after we’ve experienced Judith Miller, Rush Limbaugh and Glenn Beck. We know it’s about the money. And if they weren’t making so much, if they weren’t invited to the right parties, they wouldn’t be in the business.

But the new gatekeepers will have it totally different. They’ll garner eyeballs through substance, not the smoke and mirrors and flash of today. And once they gain power, they’ll turn to the dark side, as the powerful always do.

Do you really expect NBC or CNN or Fox or MSNBC or any of the TV news outlets to matter in the future? They barely matter now!

And the truth about baby boomers is they don’t evolve, they pay lip service to the future and hang on to the past, riding the wave as long as they can until they cut out, swim to shore and start sipping pina coladas on the way to retirement.

The youth are inheriting the earth. It’s happening now. And they don’t believe in the old institutions. And they’re computer-literate in a way that the oldsters never will be. And they’re gonna build new institutions that will level those of the past.

But for now we’ve got to endure this inane chaos. Where those who don’t count, the baby boomers and their get rich quick children, are so busy amplifying their message that you can’t see the truth.

But the truth is we live in the age of the individual. That’s why you social network, to embellish your identity and feel good, how many friends have you got? You tweet the news so you can say you knew first, not because you really care. And just like Reagan channeled the discontent and swept into office upon it, a new leader, a new reality, a whole new paradigm is gonna emerge that will control us all, for better or worse, because we just can’t take this crazy myopic cash grab a minute longer.