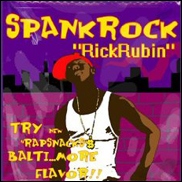 How come your favorite artist can’t make another album like the one you lost your virginity to, that saved your soul after the breakup, after your mom died?

When you start off, your goal is to open the door. You knock so hard. At first no one is paying attention. If you persevere, and have talent, eventually people notice and the door opens. You pass through, THEN WHAT?

You’ve got so much to say, so much to prove. If you can just plead your case in front of the masses, if you can just get acclaim, your life will work. But it doesn’t. You may make some dough. If you’re smart, you may still have some of it. But, you’ve got relationship problems. Your kids are no better behaved than those of your high school classmates. And, when you release new material, no one cares. If you play live, people only want to hear the hits. You can’t get on Top Forty radio, classic rock plays your past hits, but wants nothing to do with you now. If not exactly depressed, you’re defeated. And you’ve earned the right to take no shit, no direction from anyone.

That’s where Rick Rubin comes in. He tries to get you back to the garden. Back to the space you were in when you cut those great hits of yore. He’s not a sycophant, he’s a trusted ear, telling you to keep writing because what you’ve come up with so far…just isn’t good enough.

You’ll listen to Rick because of his rep. Because of your raw desire to have an impact again. You’ve lost your way, and you want to get back on track.

There was context in the old days. A game that you understood how to play. Now, you might have a board, but the rules have evaporated and even though you’ve still got a few game pieces, you don’t know what to do with them. Rick gives you context.

Rick reminded Metallica how great those pre Black Album records were. Told them to forget about the casual fan, to make a record for the hard core. The results have been universally accepted, even revered, as a return to form. But the process was hell on the musicians. Sometimes torture. But they did it, because they wanted to feel they still had something to say, were vital, they wanted to be back on top.

Your favorites are lost. They know how to do it. Round up all their buddies and turn on the computer and lay something down. But, since they’re not living four to a room on ramen, there’s no urgency. They believe good is good enough. And good enough was NEVER good enough.

I’m not talking about Clive Davis programming. Telling you you suck and that you need to work with the usual suspects and record the music of hack songwriters. I’m talking about a coach. A manager, who tears you down and then inspires you.


Every great athlete has a coach. Some of the best football coaches are hated. They play mind games. In order to get their charges to deliver their best work. This is what we need in the music business.

Rick did it with Johnny Cash, Neil Diamond and now Metallica. He brings them back to the garden. He talks music, tells them how much he loves their classic work. And then implores them to make more.


It’s not repeating yourself. It’s being INSPIRED in the same way. So you can recapture the essence.


It’s true. Most people are not waiting for the albums of aged acts. So, it’s hard to get psyched up. But first and foremost you’re a musician, not a star. Deep down inside you want to do your best work. Not crap like Rod Stewart, doing it solely for the money and fame, but something that truly resonates with your audience, that you’re proud of.


Rick Rubin has been able to put a spell on old artists, do such a mindfuck on them that they dig down deep and prove how great they are to him. We need more Rick Rubins.