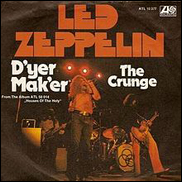 It's a gorgeous day in L.A. Hell, that's why I live here. And I'm getting on to the freeway and I hear REO's "Keep On Loving You", which I never liked, but today it sounds good. Seemed like a ploy for acceptance by housewives from an AOR band that just could not get traction, despite the greatness of "Roll With The Changes", but thirty years on it felt sweet and sentimental and right all at the same time. But then they played the even wimpier "Still The Same" by Bob Seger, a cheap shot that's overplayed on SiriusXM, and I pushed the button to find a Lou Christie song. Not "Lightnin' Strikes", but "I'm Gonna Make You Mine", which is not as good but still good so I let it play out and then I heard James Brown's "Sex Machine".

Never got James Brown. The songs didn't seem to go anywhere. But I decided to hang in there, to hear the underlying music that's been sampled ad infinitum. And I'm thinking about the little label he triumphed on, and his traction in the ghetto, and the guitar sounds so good and suddenly Mr. Brown tells his crack unit to "take it to the bridge".


"Where's that confounded bridge?" That's what Robert Plant asked in "The Crunge", the last song on the first side of "Houses Of The Holy", which I did not buy because I was so disappointed with "III" and missed "IV" and didn't come back because I heard "D'yer Mak'er" on the radio ad infinitum during that summer of '73 and it made me want to run.


But two years later I became addicted to "Physical Graffiti".


I was living in a condo with a bunch of guys from Salt Lake. Only we were in Mammoth Lakes, skiing for the month of May, listening to Jimmy's 8-tracks recorded from vinyl.


I laughed that Jimmy was such a Zeppelin freak. Hearing those cuts from "II" reminded me of my high school days. But when I found myself skiing to the strains of "Kashmir" in my head, I realized I was hooked.


Put a knife to my throat and I'll argue that the first Zeppelin album was the best, so dark, but "Physical Graffiti" is my favorite. It's got "Ten Years Gone". The archetypal Zeppelin track going from quiet to loud and back again which is so majestic you cannot help but conduct the imaginary orchestra with your hands.

And now needing to drive back to the condo just to hear "Kashmir", I became so infatuated that I went out and bought every Zeppelin album I didn't have, and even though I'd heard "The Crunge", because you could not escape Zeppelin then, never mind in that condo in the complex known as Sierra Park Villas, it now started to penetrate. Where was that confounded bridge?


And now it's almost forty years later and I realize it's a James Brown reference!


I felt stupid. I felt elated, that after all these years I could still learn something, that music could still unfold to reveal something new. And I got new insight into Robert and Jimmy, that obviously they'd been listening to Mr. Brown in dreary England. The continuum was complete.


And it is a continuum. Almost nothing new is created in a vacuum. It grows out of what came before. Which is why it's suits suing people on the Internet, issuing takedown notices, because an artist knows if you're building upon what he's constructed, you're part of a great artistic legacy.


I've been coming around to James Brown over the years. I've focused on what's there as opposed to what's not. He might be dead, but his records are not.


And it makes me think of Q's mantra. That today's kids have no idea where the music of today comes from. Sit with Quincy, he'll take hip-hop all the way back to jazz.


Turns out I can learn too.


Too bad they don't teach you in school. Kids would come just for this, instead of skipping out to smoke dope. Because music is just that powerful, its history is just that intriguing.


(Meanwhile, with the power of the Internet, I googled "Led Zeppelin Bridge" and I got this result, which tells the whole story, it was hiding in plain sight: http://en.wikipedia.org/wiki/The–Crunge)