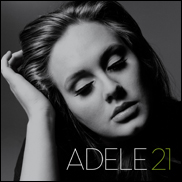 
It all comes down to the music.


If it's on XL, you pay attention.


A&R is king. When it's truly about music and not about lunch.


He controls Ticketmaster and Live Nation and all those acts over at Front Line. The only question is whether the company is Microsoft (or Nokia or RIM!) as opposed to Apple.


When you're in the catbird seat, it's harder to innovate.


Then again, with the concert side in turmoil, that's the best time to make changes. GrouponLive is a step in the right direction. We could say it's cheapening music, but music was cheapened eons ago, it's only the acts that didn't get the message.


He's built an empire while the mainstream was not watching. Building on the back of the Dave Matthews Band, Coran owns everything from facilities to a piece of C3. AEG may own Coachella, but Coran seems to have a piece of everything else.


The question is where Coran goes from here.


His inferiority complex (matched to a superiority complex) leaves him outside the inner circle, where he desperately wants to be. A strategic partner could help him so much. Someone who can do the Hollywood/New York dance. Coran's smart enough, but is he worldly enough?

Meanwhile, check out Five Guys Burgers and Fries. Coran's got the rights in so many states.


He's giving artists the tools to make money in this new era for themselves. The future is in selling multiple items to those who want them, especially hard core fans.


Maybe it's not Topspin. Maybe it's Bandcamp. But he who figures out how to maximize revenue in this new world triumphs.


This is almost as significant as Napster. While the rest of the industry was sleeping, under their noses Pasquale built a powerhouse. The key here is demand. People want to go to his shows. They have a good time. They want to go back. No Groupon offers are required. Electronic music is all about the experience, the performer and the audience are in it together. And the mainstream is clueless. Sound like rock and roll forty years ago? Sound like hip-hop after that? Don't miss this juggernaut.


As for it being all about drugs…wasn't Woodstock?


Not because he heads Interscope, not because he's on "American Idol", but because he built Beats. Now worth hundreds of millions of dollars. He leveraged artists to sell something they could believe in, and the public bought. The red cord is almost as meaningful as the white one. Can Jimmy save sound on laptops? Can he improve the listening experience all around?


Although some users are ragging on Jeff for the Tunecore price increase, the basic proposition remains sound. For a tiny sum you can get your music placed on all the relevant distribution services, with no royalty involved. Marry Tunecore with Topspin and you need a major label…why?


It's all about the hand-set, the mobile device.


And there's tons of untapped money in India and Asia and the rest of the third world markets. Ralph's on the cutting edge here. He's the gateway. You need to know him.


You don't need the major's money to make your music. That's game-changing.


The filter. The Website that tells you what to listen to.


And we'll all pay attention and say we could have done the same thing and the site will make ALL the money, just like MTV did in the last century.


NOT AS POWERFUL AS YOU THINK


Whether it's Lucian Grainge or Doug Morris or Lyor Cohen, they're all playing the old game, which is shrinking. There's almost no innovation, just consolidation, a leaner style of doing it the old way. More and more the best acts will come from somewhere else. The majors just want what gets on Top Forty radio, and they want a piece in all rights to deliver this. That's like an automobile company saying it only makes cars that drive on dirt roads and you can only lease them, you can never buy them. Might have sounded good a hundred years ago, but TODAY?


It's all about content. And radio thinks it's about commercials.


He's right, but no one's listening.


Terry made the mistake of being bigger than his acts. The manager always needs to stand BEHIND the act, not in front.


More and more subscribers yet they still haven't organized the listeners and turned them into a club. When Sirius XM finds a way to connect those who listen into a tribe, then acts can truly be broken. That's what FM did in the days of yore. In other words, it's more than what comes out of the speakers. But Sirius XM has more power than ever before.


Music is not primary for Apple. It's just a way to sell more of their gear. Cloud-based storage is terrible for record companies, it disincentivizes people to buy subscriptions. And if you don't think the future is in subscription, you know nothing about economics.

It's been too long and the message has been muddled. Now there are listening limits and purchase options and…didn't Apple succeed by keeping it simple? Spotify is playing to the labels as opposed to the audience and it's hurting them, like everyone else who's tried to play by rights holder rules in the past. You can only win by being a renegade. Right now, Grooveshark looks more like the future than Spotify.


Rights holders need to authorize Spotify yesterday. The old Spotify. Free streaming with ads. Because this is the only hope for getting the public to buy subscriptions. Once Apple's cloud-based locker system kicks in, everybody without traction dies, or has a harder row to hoe. Just look at the history of the iPod for example.


They sell souvenirs. It's about the packaging more than the music. If vinyl were the future of music, Jimmy Iovine, the ultimate opportunist, would be behind it. But he's not. Vinyl does sound better, but the future is better digital files, not an antiquated system.


None of the "American Idol" acts has lasted, other than Carrie Underwood, who lives in the fake, two-dimensional world of country music, and none of the "X Factor" acts will last either.


If you think the future is throwing things against the wall with tons of hype you believe we'll still be watching "The Jersey Shore" in 2021.


The power is not in fat cat consolidators, but in the artists themselves. This is a Wall Street play.


Major labels are about ripping off acts. Always have been, always will be. That's their business model. But the future is about honesty and transparency and that's just not in the labels' DNA.

Blavatnik is a sideshow. Professional wrestling. It was a fun movie to watch, but about as meaningful as "Pirates Of The Caribbean".


Think tanks, you name it. The future is in the hands of the public. Who will follow the leads of individuals utilizing tech tools to build infrastructure. I'd love to tell you exactly where we're going, but I don't know. But one thing I'm sure of is the future will not look like the past. Those in the past have blown it by insisting the public stay in the past. The public loves digital files, wants tons of them, for nowhere near a buck a track, yet the labels still cling to an old model. The future is a new model. Based on access. Monetizing in ways heretofore unseen. It's about marrying Richard Russell's acts with Topspin exploitation. All the while charging the public to hear everything at their fingertips. We'll get there. And most of the people who were powerful before Napster will be ancient history. Some of those who are powerful today will be history. But those who make the music will survive. If they've put in their 10,000 hours, if what they create resonates with the public. You don't have to make what everyone else does. But when you get it right, you need a Coran Capshaw or an insightful twentysomething to navigate a career where you make every decision thinking about your audience, not your wallet. There's plenty of money..if your music is great and you're credible and you know that the old institutions, radio and television and labels, mean less than ever before.