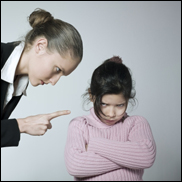 LONDON (Hypebot) –
It's Time For A New Conversation

New calls for three strikes laws and P2P taxes in the UK have spawned strong reactions from high profile artists including Lily Allen, James Blunt, Muse and Elton John. Their calls to end piracy seem strange this many years after Napster changed the face of the music industry and only serve to widen the gap between music and the fans that love it.

Some within the industry have also seized on the new attention as an opportunity to reinvigorate anti-piracy forces and plug their own agendas. Ad supported music service We7 even sent out a press release: “Lily's blog echoes thoughts that are very close to our hearts… We're trying to address piracy by giving music fans access to the music they love at the touch of a button. Nobody wants to steal, but until recently there hasn't been a viable alternative… We're right behind Lily and want to support all the unsigned acts trying to make their big break to help keep the rich diversity of the music scene alive."

Negativity Comes With A Cost

Artists – particularly rich and successful ones – and business people whose motivation is by definition profit, that complain about lost revenue, will never win the hearts and minds of an audience whose connection with music is primarily an emotional one. Rapidly declining sales have proven that this approach does not work.

The Power Of Positive

Instead of telling fans what they can't or shouldn't do, the conversation must shift to sharing with fans the new frontier of music discovery and enjoyment.

When Spotify's CEO says that 80% of its users stop downloading, he's telling fans what they can do (listen to music via Spotify) and not chiding them for bad behavior. When the Smashing Pumpkins announce that they are going to give away a 44 track album, they invite the curious to care enough to buy a limited edition EP or come to a show. When and artists says remix my stems or shoot your own video for a song, they invite the fan into the process instead of suggesting that they deserve to go to jail.

Negative political advertising has proven that it can have a very strong effect. But music is not a political campaign that ends with an election on a single day. Artists and the music industry must re-ignite their relationship with fans every single day, and like a teen listening to the his parent's repeated rants, scolding from rich rock stars and executives only ends the conversation. – Bruce Houghton