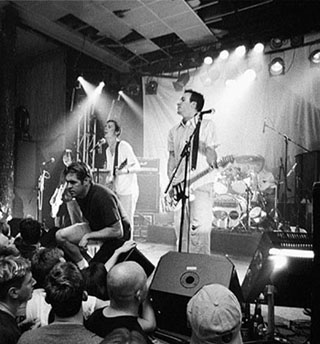 Fort Worth, Texas-based rock group The Toadies have called it quits five months after the release of their second album.

Singer-guitarist Todd Lewis told the weekly Dallas Observer for Thursday's editions that the band made the decision during their last tour, when bassist Lisa Umbarger said she was quitting, reports the AP.

"She's given a lot of reasons, but I haven't been able to make a whole lot of sense out of it," Lewis said. "You'd probably have to talk to her to figure it out, if you possibly could figure it out. She's going through a lot of life changes. I don't know how long she'd been thinking about it."

Sales of the album "Hell Below/Stars Above" had been much lower than expected, Lewis said.

The Toadies will play a handful of farewell dates around Texas.