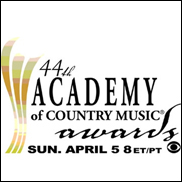 LAS VEGAS (CelebrityAccess MediaWire) — The 2009 Academy of Country Music award nominations were announced on Wednesday, Feb. 11. Turning Stone Resort and Casino has once again been nominated in the Casino of the Year category. Other nominees for the Casino of the Year are; Casino Rama – Orillia, Ontario, Chumash Casino – Santa Ynez, Calif., Mystic Lake – Minneapolis, Minn. , and The Peppermill Resorts at Wendover – West Wendover, Nev.


The 44th Academy of Country Music Awards is dedicated to honoring and showcasing the biggest names and emerging talent in the country music industry. The show is produced for television by Dick Clark Productions and will be broadcast live from the MGM Grand Garden Arena in Las Vegas Sunday, April 5, 2009 at 8:00 p.m. on the CBS Television Network. Casino of the Year is among several off-camera awards that are announced earlier in the day of the telecast and will not be part of the CBS broadcast. –by CelebrityAccess Staff Writers