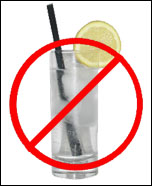 LONDON (CelebrityAccess MediaWire) — UK Music Organizers might have to find new sponsors for festivals and concerts, if the UK government has it's way.

As part of a major effort to stem excessive drinking among young adults, the British Advisory Council on the Misuse of Drugs has crafted a series of proposals that would prevent most of the traditional avenues for alcohol advertisement such as concerts, television and even the Internet NME reported.

This round of proposals comes amidst rising concern in the UK about increase in substance use, a recent study finding that 20-25% of late teens are smokers, 50% drink alcohol on a weekly basis and 24% have enjoyed controlled substances.

This may be more bark than bite however. Belgian Brewery, InBev which sponsors T in the Park told the BBC that many events just wouldn't occur "If drinks companies didn't provide funding."

The Department of Media, Culture and Sport has stated that it currently has no plans to move forward with these initiatives, noting that "We agree alcohol companies should take a responsible approach when they sponsor music events. But many of them rely on sponsorship from these companies for events like T In Park. Where would we be without it? Carling Academies alone support live music and they promote new talent at a grass roots level." – CelebrityAccess Staff Writers.