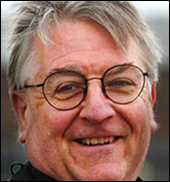 LONDON (CelebrityAccess) — UK promoter and manager Paul King, who worked with bands such as The Police and Dire Straits, died on October 12th after a long battle with cancer. He was 63.

King got his start in the industry booking shows at his university but expanded to tours across the UK, going on form one of the largest music companies in the UK in the early 1980s.

In 1990, King co-promoted Live at Knebworth which raised over £6 million for Nordoff Robbins with a bill that featured Pink Floyd, Paul McCartney, Eric Clapton and Elton John performing in front of a crowd of more than 120,000 fans.

In 2003, King was convicted of fraud and sentenced to three and a half years in jail charges that he swindled investors in an alleged cure for alcohol intoxication made from volcanic rock. Prosecutors accused King of taking $823,000 from business partners in Soba International Ltd., a firm set up to market the remedy in Britain, while telling his partners he would use his music industry contacts to promote the business while actually using the money to prop up his comfortable lifestyle.

After his stint in jail, King returned to concert promotion, staging more than 40 concerts around the world with artists such as Rod Stewart at venues such as the Beijing National Indoor Stadium and the F1 British Grand Prix at Silverstone.

King's funeral was held on Oct 23rd at Swansea. The family ask that instead of flowers you consider making a donation to the Nordoff-Robbins Musical therapy centre. – Staff Writers