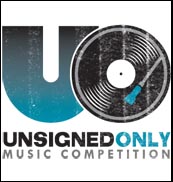 NASHVILLE, TN, (CelebrityAccess MediaWire) — Due to overwhelming demand, the inaugural Unsigned Only Music Competition has extended its deadline to enter until April 11, 2012.

Created by the same team who founded the International Songwriting Competition (ISC) is aimed at solo artists, bands and singers who have yet to sign with a major record label. The Unsigned competition is evaluating entrants on a range of characteristics, including vocals, performance, songwriting, and originality.

The grand prize winner of the contest will be offered mentoring by record company presidents, A&R reps, and more., providing the chance for an artist to directly network with the top echelon of record company professionals and get guidance, advice, feedback, and networking opportunities.

Unsigned Only founder Jim Morgan and Candace Avery said: "We are pleased to introduce a new music competition of this caliber to artists throughout the world. Having worked with a wide variety of artists over many years, we know that what artists want most is access to record label professionals. However, it is virtually impossible for most up-and-coming artists to have direct access to this elite and elusive group of decision makers. So, Unsigned Only is offering the unprecedented opportunity for the Grand Prize winner to network with and be mentored by a prestigious group of record label executives. This has never been done before, and we are excited about the possibilities it affords the Unsigned Only winner."

The Grand Prize Winner will be awarded $5,000 in cash (plus additional prizes) and one-on-one mentoring by a group of record company executives. First Place and Second Place winners will also be selected in each category. Entries are being accepted now until April 11, 2012. Winners will be announced in July, 2012. Categories include: AAA (Adult Album Alternative), AC (Adult Contemporary), Christian Music, Country, Folk/Singer-Songwriter, R&B/Hip-Hop, Rock, Pop/Top 40, and Vocal Performance.