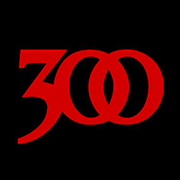 The contest offers a grand prize of a single deal with 300 Entertainment and a cash prize of $10,000.

The even was launched at the end of November with a live event in Manhattan, that featured a special performance of A Boogie Wit Da Hoodie, music spin by DJ Envy.

To enter, share a video on Twitter or Instagram freestyling to the instrumental of “Spend It” by Dae Dae using hashtag #freestyle50challenge and tagging @Verizon by 12 a.m., December 9.

As well, On-air rap battles will be held on radio stations in Baltimore, Washington D.C., Raleigh, NC, Miami and Atlanta on December 12 and 13.

The winner will be chosen on December 17th, when the seven winners, (5 from the radio and 3 from social media submissions) will battle in a live freestyle cypher event in Atlanta for the grand prize.