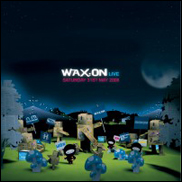 LONDON (VIP-NEWS) — Organizers of the new Wax:On Live festival in UK have canceled the event, blaming the credit crunch for its demise.

The one-day alternative rock and electronic festival was to be held May 31 at Lotherton Hall in Leeds, north England, with Primal Scream, Reverend and the Makers, DJ Steve Lawler, and Hercules and Love Affair among the 60 acts on the bill.

However, in a statement posted on its Website, the festival "fell victim not to poor ticket sales or lack of support and dedication, but to the credit crunch that has the U.K. in the grip of an economic stranglehold."

The memo continues, "On forming the company there were two streams of investment scheduled in order to ensure the event was viable in year one. This morning we have been informed that due to circumstances in the global financial market place and its knock on effect, the event has become unsustainable."

All ticket agents have been instructed to give full refunds to all ticket holders, the statement adds.

The affiliated regular Wax:On club nights, which began in 2004 in Newcastle, Brighton and later in Leeds, are unaffected,according to Billboard