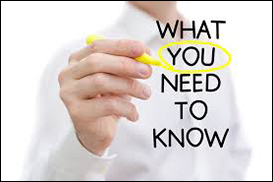 (Hypebot) – Recently introduced to the House of Representatives, the "Tax Cuts and Jobs Act" has buried within its pages legislation that could, depending on how the bill develops, dramatically impact the careers of artists and musicians – potentially for the worse.

UPDATE: As noted in the blog post, the proposals put forth by the tax bill can change and indeed they have. The House Ways and Means committee has reinstituted the treatment of musical compositions as capital assets. But remember, this too can change, and the proposal might get put back in. Stay tuned.

On November 4, 2017, H.R. 1, the “Tax Cuts and Jobs Act” was introduced in the House of Representatives. Buried within the 429 pages are several important changes which can have an impact on the career of a musician or composer. However, as a companion, the House has released a much easier to understand summary of the changes, which takes up a mere 76 pages.

So, at the risk of putting my loyal readers to sleep, here we go. When reading the following paragraph, you will begin to appreciate how utterly confusing and over-complicated the tax laws are.

The first change is the tax treatment on the sale of a musical composition. Some intellectual property assets are treated as “capital assets” and thus are taxed at capital gains rates. “Self-created patent, invention, model or design (whether or not patented), or secret formula or process are treated as a capital asset.” Therefore, you would think that self-created copyrights would also qualify. You’d be wrong. A copyright, a literary, musical, or artistic composition, a letter or memorandum, or similar property, held by the person who created it, is not a capital asset.

The TCAJA removes this exemption and the exemption for patents as well. All self-created intellectual property will be treated as non-capital assets, so any profit from sale will be taxed at ordinary income rates.

Why do you care? Because capital gains rates are generally lower than the rates charged to regular income. The current capital gains rate (for most taxpayers) is 15%. The tax bracket for the lowest income earners is proposed to be raised to 15%. The next proposed bracket is 25% and kicks in when income is over $45,000 for an individual. So, if you earn more than $45,000 and you sell a musical composition, you will be paying an additional 10% tax on that income.

So, while the TCAJA simplifies things by treating all self-created intellectual property equally, the policy reason for not treating them as capital assets is unclear. If part of your “business” is writing songs, then it seems more logical that these be treated as capital assets, namely the part of your business that makes it run.

So, if you are contemplating selling a musical composition, you probably should do it this year, as the provision (should it pass), would be effective for all sales occurring after December 31, 2017. Now, of course, this being Congress, the possibility exists that this provision might get changed or removed. It ain’t over until the POTUS signs it.

Next up is the extremely controversial provision of the TCAJA to eliminate the deductibility of State income taxes from your Federal tax return. By far, the majority of the States collect some income tax, but not all income is taxed. New Hampshire, for example collects an income tax, but only on dividends and interest. But some States impose income tax on any income earned in the State. So, if you are a musician on tour, and you play a gig in one of those States, you will have to pay State income tax in that State and file a return. When I was attorney for Leon Wilkeson of Lynyrd Skynyrd, one of my jobs was to meet up with him once a year (usually waking him up) and have him sign the very large pile of tax returns prepared by his accountant. (This is your Massachusetts return. Sign here. This is your Illinois return. Sign here….)

So, at first blush, this is more bad news for musicians. The income earned in those States will get taxed twice. But according to the synopsis, this will not be the case.

Remember, this provision is very controversial, particularly for large States like New York and California, which both have State income taxes at high rates. Since the spending bill must originate in the House of Representatives, there is likely to be significant opposition. This means there will probably be a number of changes, if the section is not removed from the TCAJA entirely.

With Congress, anything is possible