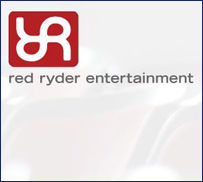 CHICAGO (CelebrityAccess) — After a 20-year run, Chicago-based Red Ryder Entertainment has been acquired by The Windish Agency.

Making the move from Red Ryder to Windish will be agency founder Erik Selz, as well as agent Ethan Berlin, both of whom will operate out of Windish's Chicago offices.

Selz founded Red Ryder in 1995 and since, has overseen numerous tours, both in the U.S. and internationally. Making the move with Selz will be the agency's roster, including Andrew Bird, The Magnetic Fields, Jukebox the Ghost among others.

“Ethan and I are thrilled to join a larger ecosystem of smart, creative agents, for whom we have great respect. The opportunities that lie ahead for our roster are incredibly exciting,” Selz wrote in a statement.

Before joining The Windish Agency’s Chicago office, agent Jay Moss spent almost six years at Flowerbooking, starting as an toiling first as an intern and assistant before being promoted to agent. Moss brings a roster including ODESZA, Gold Panda, Baths, Star Slinger, and Slow Magic, among many others.

Holly Brennock will be joining Windish's performing arts team out of the agency's Boston offices. Prior to Windish, Holly was at International Music Network developing tours for artists such as John Scofield, Joshua Redman, Ladysmith Black Mambazo and Esperanza Spalding, and brings clients including Fredericks Brown and Iyeoka to the agency. – Staff Writers