MONDAY (CelebrityAccess) Rhonda Dunn, one of the 14 people trapped beneath a structure near a Backstreet Boys performance when it collapsed in Oklahoma Aug. 18, told TMZ that the incident was terrifying and she thought she was going to die.

Dunn was part of a crowd waiting in line to see the Backstreet Boys at the WinStar World Casino and Resort when a storm hit the area and winds up to 80 mph collapsed a metal structure that fell on top of several in the queue. She said she felt lucky to have gotten out a live.

“All I saw was the large scaffolding coming down,” she said.”And all I remember after that is it collapsed on top of my head and I was trapped underneath it. There was several people screaming for help including myself.”

She credited emergency personnel for helping but also some patrons ahead of her in the line for saving her.

“They just came and started lifting it up and pulled everybody out,” she said. “I thought I was gonna die right there, and I was just praying to God that they get us all out.”

None of this would keep her from returning to see the band, though.

“If I have anything to say about it we’ll be back in the front of the line,” Dunn said. “Whether I’m in a back brace or what, we’re going back.” 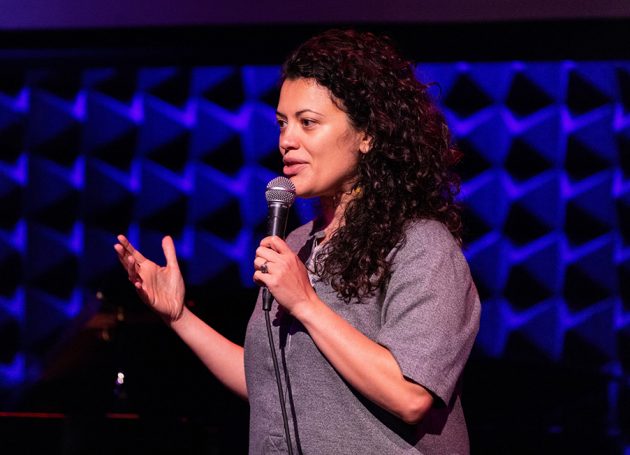