(Hypebot) — Now that the EU Copyright Directive has (for better or for worse) passed into law, in this Op-Ed Neil Turkewitz takes a long and hard look at what the fallout from this new legislation, and looking ahead to how we can build a more creator-friendly world of fair compensation and voluntary licensing.

Op-Ed by Neil Turkewitz from Medium

The EU Copyright Directive has passed. Whether one opposed or supported it, that much has been settled. So where do we go from here? I have a proposal. During debates on the Directive, and on Article 13 (which became Article 17 in the final Directive) in particular, many of the opponents of the Directive — including YouTube, expressed support for the ideas of the Directive, but concern about “unintended consequences.” And by “unintended consequences,” they were generally referring to the potential for over-blocking which would affect non-infringing uses of works protected by copyright. Many of us who supported the Directive believed that these concerns, while not immaterial, were being employed rhetorically to prevent the coming-into-force of the intended consequences and that they lacked appropriate context by ignoring the harms of the current environment. That with the right incentives, technologies and business practices could evolve to give effect to the intended consequences — that is, improving the leverage of creators to determine the conditions of usage of their works. In any event, we are past the period of conjecture and have entered what I hope will be a period where more reasonable and sober minds engage as a single community to implement the Directive in a thoughtful manner. Where cooler heads prevail.

While so much of the discussion about the Directive focused on blocking, the reality is that blocking is only relevant as a backstop to licensing. Indeed, the Directive should probably have been called “The Facilitation of Licensing for the Digital Age Act of 2019.” Perhaps that would have affected perceptions and reactions. It is important that we keep this in mind as we proceed in seeking to fulfill the objectives of the Directive. As the European Parliament noted in its press release after the March vote: “The directive aims to enhance rights holders’ chances, notably musicians, performers and script authors, (creatives) as well as news publishers, to negotiate better remuneration deals for the use of their works when these feature on internet platforms.”

If concerns about unintended consequences were not employed as an element of information warfare in a political context but as an accurate and fair reflection about perceived risks, then we have a perfect opportunity to work together in expanding the modalities for, and exercise of, licensing to reduce the role of blocking altogether. There will be times when a creator may not wish to license a use, and that is her right under copyright. Copyright is, after all, a property interest moored in the notion of consent. A property interest, by the way, which was not expanded or modified by Article 13/17 of the Directive. But for the most part, the exercise of copyright is generally not about prohibiting uses but about licensing them. The importance of the Directive is that it, at least partially, addresses the negotiating asymmetries between platforms and creators that impeded licensing on fair terms. While legislation cannot establish negotiating parity between actors with widely differing levels of power, ensuring that consent is the basis for use at least gives creators an opportunity to establish some greater balance. This was the intended consequence of the Directive. So let’s breathe life into it.

Some months ago I penned a response to YouTube which included the following:

You have recently stressed your support for the “principle” undergirding Article 13, and have said that you are only concerned with the unintended consequences such as an inability to distribute materials where you are not assured of the relevant rights ownership. You have called, after four years of negotiations and drafts, for a new compromise without outlining what that “compromise” might look like. Putting aside that the current text of Article 13 is already a compromise of a compromised proposal aimed at recapturing the terms of an older compromise (the original E-Commerce and Copyright Directives), I ask you to consider this. Every party supporting Article 13 cares only about achieving the intended consequences, and would have every reason to work with you in guarding against the unintended effects to which you have alluded. Those are compliance issues that can be addressed when member states move forward to implement their obligations. Work with the creative community to develop model implementing regs that achieve their intended purpose while guarding against unintended — and unwanted, interference with legitimate activities. You say you support the principle of Article 13. Then just support it and stop opposing measures that will help artists adapt and thrive in the digital environment. You say you care about that. Let’s see.

With the Directive now in the rear-view mirror, let’s begin the hard work of realizing this common vision — a world in which creators are fairly compensated for their works through voluntary licensing and which minimizes any risk of blocking of non-infringing materials. My earlier call to action related to model implementing regulations, but perhaps even more importantly, let’s move immediately to effect changes to expand the role of licensing in the current legal environment. That entails work for all parties — for their part, creators must ensure that they are well-positioned to issue licenses, whether individually or collectively. In many instances, that will involve the creation of new, or the expansion of existing, collective management organizations. Bearing in mind that progress will, as is generally the case, take place incrementally, I would encourage platforms to begin immediately to employ existing tools to prevent the reuploading of previously identified infringing files. This is the lowest hanging fruit of the technological universe. Let’s harvest it. Perhaps we’ll learn broader lessons that can inform the rollout of more sophisticated tools, always with the idea of advancing the intended consequences of the Directive and minimizing the unintended ones. And perhaps, other companies can follow the example of Qwant who announced prior to the adoption of the Directive that regardless of the outcome, they “will actively and ambitiously contribute to the financing of the press by returning a fair share of its revenues to publishers.”

Instead of focusing exclusively on the legal and political issues regarding national implementation as if they were abstractions, we have a unique opportunity to demonstrate by example a path forward which will reasonably inform the implementation process. Let’s use our creativity and collective purpose to illustrate the art of the possible. We have all been involved in a bruising battle over symbols. If we employ half that energy in finding and implementing solutions based on common ground, and in avoiding restrictions on expression endorsed by no party, then we will all have succeeded, regardless of whether you were happy with the political outcome or not. EU politicians have done their jobs. Let’s do ours. 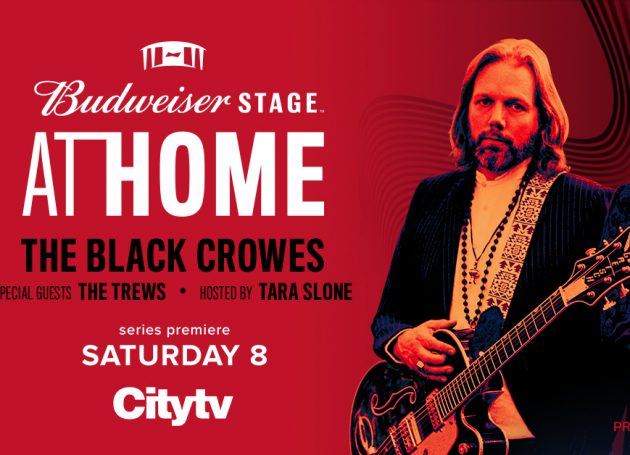