GERMANY (CelebrityAccess) – Billie Eilish has voiced her outrage over a magazine cover that portrayed her as a shirtless, bald cyborg, saying she “did not consent” to the image “in any way”.

The story, which appeared in Nylon Germany, featured Eilish as one of three “digital prodigies” who are “redefining the future of being a teen superstar.” The cover art was designed by Marcel C Wilkens.

“I was never approached by Nylon about this piece whatsoever,” she said. “I did not know it was happening nor did anyone on my team. You’re gonna make a picture of me shirtless?” she wrote. “That’s not real?? At 17? And make it the cover???? Even if the picture was supposed to look like some robot version of me… I did not consent in any way.” 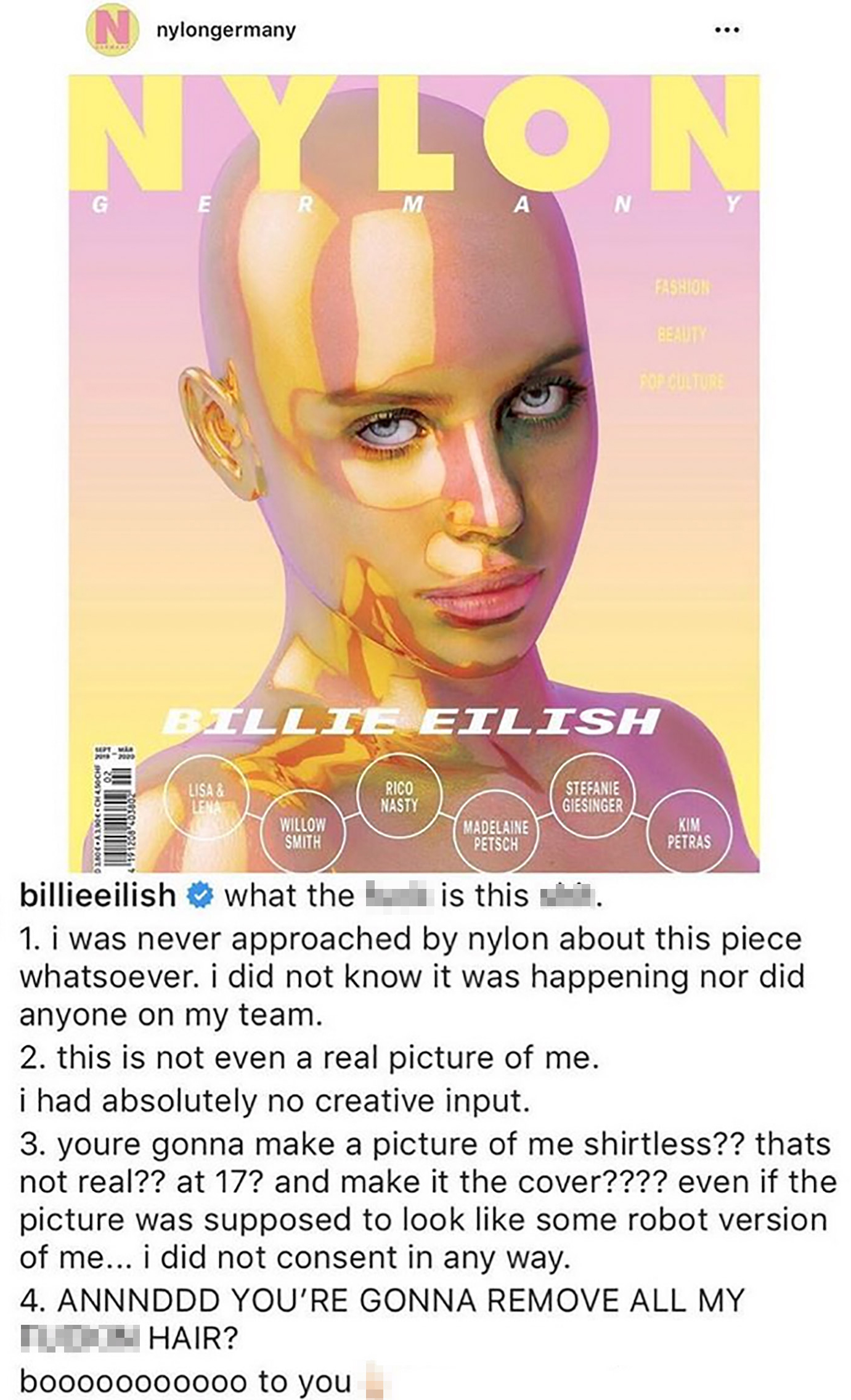 In a statement, Nylon said it had only meant to celebrate the singer’s achievements.

“It was never our intention to create a look that is confusing or insulting to Billie Eilish,” it said. “It was only ever our intention to honour Billie’s impact and her work by creating this avatar which is part of a cover series highlighting the power of digital prodigy artists.

“This avatar is a piece of 3D artwork created in dedication to her achievements and the positive effect she has had on millions around the globe – including us.”