(Hypebot) — Here we explore how the perfect storm of social media events propelled McDonald’s, a 43 year old Fleetwood Mac song, and one particular brand of cranberry juice into the cultural spotlight.

Guest post by David Deal of the Superhype Blog

Could you have predicted that McDonald’s would be unable to keep up with demand for Value Meals during a global pandemic that has crushed the restaurant industry? Or that a song recorded by Fleetwood Mac 43 years ago would re-enter the Billboard charts? Or that a 90-year-old juice company would suddenly become cool?

Let’s take a closer look at a few examples from recent weeks.

When McDonald’s and hip-hop star Travis Scott launched the Travis Scott Value Meal on September 4, they tapped into a cultural relationship between fast food and hip-hop that arguably dates back to Run-DMC name checking KFC and McDonald’s in “You Be Illin’,” and NWA and LL Cool J both showing Burger King love in “I Ain’t That 1” and “The Bristol Hotel,” respectively. L.A.-based Fatburger achieved national fame in 1992 when Ice Cube name checked the chain in the song “It Was a Good Day.”

After that, Fatburger became the unofficial burger stand of choice for the hip-hop world, with artists such as Biggie Smalls calling out the restaurant either in song or word. Another famous L.A. eatery, Roscoe’s House of Chicken & Waffles, is so beloved by hip-hop stars that Snoop Dogg offered to buy the joint when it faced financial problems.

The fast food industry understands the power of hip-hop to confer cultural relevance, too. Back in 2005, McDonald’s enlisted the help of a marketing firm to recruit hip-hop artists to mention Big Macs in their songs. Having deep pockets doesn’t make you culturally relevant, of course. But you can borrow cultural relevance by forming the right relationships. And that’s what McDonald’s did by co-branding with Travis Scott recently.

The McDonald’s campaign with Travis Scott ran from September 4 to October 8. It featured not only the Travis Scott Value Meal, but also the sale of related merchandise such as a $90 pillow that sold out in days. Scott also starred in a commercial for Mickey D’s.

The campaign was so popular that McDonald’s could not keep up with the demand for the Travis Scott Value Meals. McDonald’s said that the campaign helped the company achieve the highest monthly same-store sales in nearly a decade.

McDonald’s US chief marketing officer Morgan Flatley told Business Insider that McDonald’s decided to team up with Scott because of his cultural impact, especially when it comes to younger customers:

The relationship with McDonald’s also spawned an amusing behavior among younger customers who rolled up to McDonald’s drive-through lanes and placed their orders for the Travis Scott Meal with their own creative spin, such as announcing cryptically, “You know what I want,” or “You know why we’re here,” and then blasting Scott’s hit song, “Sicko Mode.”

The “Sicko Mode”-style ordering also lit up TikTok, with fans posting their “Sicko Mode” moments on videos that went viral. Fans had so much fun coming up with their own distinct ways to order the Travis Scott Meal that McDonald’s executives sent a memo to employees, giving a heads up regarding the different vernacular one might expect in the drive-through lane, and encouraging employees to just roll with it.

This is what cultural relevance is all about: influencing how people actually talk and behave. And all this happened in just weeks.

TikTok star Nathan Apodaca, who works in a potato processing plant when he’s not creating viral TikTok videos for millions of followers, is at the center of a feel-good story during a year that needs one.

On September 25, Apodaca posted a TikTok video of himself cruising on longboard beside a highway, swigging from a jug of Ocean Spray Cran-Raspberry juice, and lip syncing to the Fleetwood Mac 1977 song “Dreams.” In one of those gloriously sweet internet moments that no one can predict, the clip went viral, creating a huge sensation. More than 170,000 TikTok users created their own homage videos featuring “Dreams.” The original video generated millions of views and reactions.

Why? Partly because Apodaca already had a large following on TikTok, where viral stars and global influencers are made. But it was the chill vibe of the video that mattered most. In reality, he was heading to his job on a longboard because his car wasn’t working – and yet, he was unflappably cool, lip syncing to a perfectly chill song that instantly evokes 1970s nostalgia. The entire vibe was something we all aspire to, especially during these stressful times.

But the story didn’t end there. By mid-October, “Dreams” re-entered the Billboard 100 chart for the first time in decades. And Fleetwood Mac seized the opportunity to keep the momentum going. Stevie Nicks, who wrote the song, created her own response video, singing along with the original recording of “Dreams” while she sat on a piano bench next to a container of Ocean Spray and laced up a pair of roller skates.

Mick Fleetwood created a TikTok account to pay homage to the song and surprised Apodaca by thanking him live on a BBC interview.

“We owe you,” Fleetwood said, fittingly.

Even better, Ocean Spray gifted Apodaca with a new truck to replace the broken vehicle that caused the need for creating a video in the first place. The Tom Hayes TikTok response humanized the corporate brand, and the truck gift was a perfect gesture that created goodwill for the brand at a time when people want brands to share positivity during hard times. (In a recent Twitter survey, 74 percent of respondents said brands should showcase acts of kindness during the pandemic, and 70 percent of respondents said brands should boost positivity and share positive stories.)

Meanwhile, Nathan Apodaca has taken a leave of absence from his job to manage the opportunities that have come his way, including potentially launching his own  cannabis strain in California (he’d already been running a side hustle selling knitted beanies).

Nathan Apodaca’s TikTok video was the equivalent of a Guardians of the Galaxy soundtrack making 1970s hits popular again, or Stranger Things triggering a resurgence of interest in 1980s products such as New Coke. Brands cannot always know when a viral sensation will happen. But they can have a game plan for knowing how act quickly and capitalize on a culturally relevant moment.

As Katie Puris said, “You can’t plan for viral. Don’t just wait for a moment to be opportunistic, but plan for this to be a component in the way you think about building your brand all of the time, with an always-on strategy. And have a plan in place for when these opportunities do show up.”

Brands Will Keep Partnering with Musicians

Scott’s relationship with McDonald’s demonstrates how an elite group of musicians, the new music moguls, have become brands unto themselves, wielding power through their cultural relevance. Musicians used to align themselves with non-music brands such as McDonald’s to gain more power, visibility, and wealth. But an elite group of musicians, such as Jay-Z and Kanye West, have become so powerful that they’ve inverted the model. Some have changed the model completely by creating non-music brands. For example, Rihanna’s Fenty beauty line is credited for compelling the beauty industry to create more inclusive products, a phenomenon known as the Fenty Effect. Arguably, Rihanna as a fashion and beauty brand has eclipsed Rihanna the musician.

Travis Scott is inheriting the mantle from this high-flying group — a next-generation music mogul.

As for Nathan Apodaca? Whether his cannabis venture works out or not, he’s just going to keep doing what he’s doing. As he told Insider, “I just do me, that ain’t gonna change. I’m gonna keep skateboarding and doing my longboard videos because those make me feel good. My little dance videos, my little skits that I do, it’s just exciting to me. It’s fun and exciting because I get to see the joy that it brings people.” 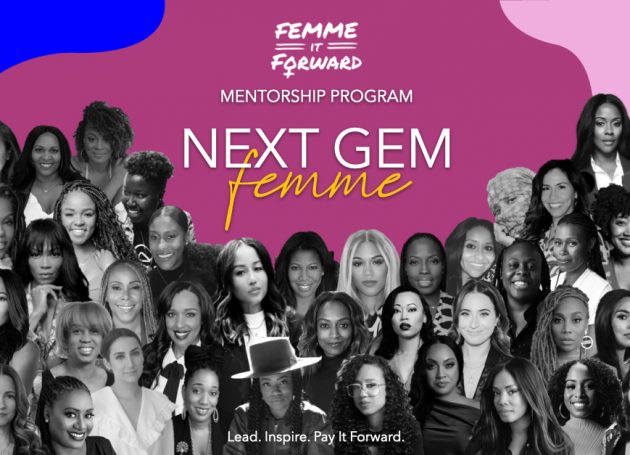