Cathedral City’s Communications/Events Manager Chris Parman says, “Cathedral City LGBT Days is a time to recognize the strength in our diversity, appreciate our similarities, and stand united for the equal rights of all Americans. We honor the lives, history, and wonderful accomplishments the LGBTQ+ community has contributed to making Cathedral City one of the most gay-friendly cities in America. Year after year, the Human Rights Campaign Foundation has ranked Cathedral City with a perfect “100” score, and that is a testament to the city’s belief in equality for both our residents and visitors alike.”

Cathedral City’s LGBT Days, presented by Soundskilz Productions, is a celebration of Pride, inclusivity, diversity, and friendliness in an atmosphere of good cheer and fun with LGBT celebrities, artists, media, and community leaders. Notable activities throughout the weekend include a comedy performance by Del Shores titled The Sh*T Stirrer at the CVREP Theatre (March 25), a POP 2K tour performance with O-Town, Ryan Cabrera, LFO, and hosted by N’Sync’s Lance Bass (March 26), and a proclamation ceremony and Salute to  LGBT rights activists The Old Gays by the Mayor and City Council (March 26). 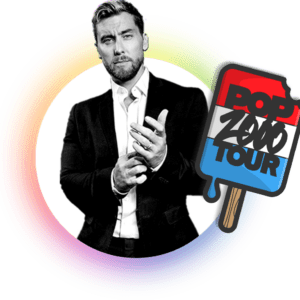 Tickets can be purchased along with a limited number of VIP Experience tables HERE. Schedule listed below with other activities not listed. Please visit www.cathedralcitylgbtdays.com for more information.

With over 20 years of experience, Soundskilz is a leader in event planning, talent, and production. From concept to execution, Soundskilz handles all aspects of event production in various sizes, with experience to produce multi-day 100,000 person fairs and festivals, alongside more intimate executive meetings. SINCE 2007, Soundskilz and its team have produced nationwide tours, college football parades, civic events, local and national concerts, country fairs, and multi-day festivals. Notable events include the Steve Harvey Neighborhood Awards, The Hightimes Cannabis Cup, and the Chalice Festival.