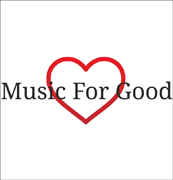 DURHAM, NC (Hypebot) – In the 10 months since ReverbNation launched it's Music For Good charity download program, 100,000 artists have signed up to "do well by doing good". 13 charities including Oxfam America, Heifer International and World Vision have already received funds.

Under the program, musicians selling downloads on ReverbNation can choose a charity to receive a major portion of the profits of their download sales. On a $1.29 download 56 cents goes to non-profit, 56 cents to the artist, 12 cents to PayPal in transaction fees and 5 cents to ReverbNation.

"Oxfam America is incredibly excited at the growth of ReverbNation's Music For Good initiative,” said Bob Ferguson, Creative Alliances & Music Outreach Project Manager for Oxfam America. “Through MFG, Oxfam has over 8000 artists pledging their support and music to us, and that's the kind of loud noise we love!"

In June, ReverbNation added a feature that encourages fans to provide their email address to the associated charity while downloading an artist’s song. Since the addition, tens of thousands of fans have opted in, providing the charities with a growing databases of new supporters. In addition, through participation, each non-profit has gained increased web traffic, exposure on social media platforms and direct artist engagement.

The program has surpassed the company's expectations. “What started as an idea – downloads that donate – has evolved into a movement, one that establishes and nurtures philanthropic mindsets,” explained Jed Carlson, ReverbNation President and Co-Founder. “It's reinforced the premise that independent musicians have influence that can lead to real impact."

To recognize this milestone, ReverbNation is launching the 100,000 Hearts campaign. The company is encouraging artists, fans, charity partners and the music industry to “show their hearts,” by sharing heart-themed photos on social networking sites like Facebook, Twitter, Pinterest and Instagram. Participant entries will be recognized by submitting their photos using the hashtag, #100kHearts. For more information on the campaign watch the video below and visit Music For Good.