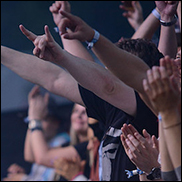 NORWAY, UK (VIP NEWS) — The ‘Musikk i tall’ (Translation: ‘Music in Numbers’) report – an analysis of Norwegian music industry’s total turnover and the country’s music exports presented this week reveals that the sector’s turnover grew with 18% in 2013.


The ‘Music in Numbers’ report series was initiated by Norway’s Ministry of Culture and the Arts Council Norway, to create a qualified and quantitative basis for analysis of the Norwegian music industry’s current state and potential for future development. The first report was presented in 2014, with an analysis of the Norwegian music industry total turnover and exports in 2012.


The data retrieval and statistical analysis has been carried out by Rambøll Management Consulting, and the analysis includes the total turnover of the Norwegian music industry from consumers, broken down into three main categories: sales of recorded music, concert tickets and copyright revenue. The report also stipulates revenue generated by the Norwegian music industry’s export sector.


The 2012 and 2013 reports represent the first systematically conducted analysis of the Norwegian music industry’s revenue streams. The data therefore provide the first consolidated snapshots of the size and characteristics of the industry’s sources of income. The analysis does not include revenues related to other musical activities, such as sales of merchandise, sales of beverages and food, or private and public grants. The purpose of the analysis is to produce a descriptive and fact-based presentation of the commercial revenues of a complex and thriving industry.


18% increase
The ‘Music in Numbers’ report documents that the Norwegian music industry had an overall turnover of NOK 3701m in 2013 – an increase of 18% compared to the preceding year. This turnover includes revenues from recorded music, concert ticket sales, copyrights and exports.


Concert ticket sales represent the largest share of the turnover with its NOK 1946m of revenue, which represents 27 percent of the total industry turnover. Revenues from recorded music and copyrights constitute NOK 839m and 916m, respectively.


Norway’s music exports has been stipulated to NOK 285m – 8% of the sector’s total turnover.


Recorded music revenue
In 2013, the revenue from sales of recorded music amounted to a total of NOK 839m, including domestic sales as well as exports, resulting in a 9% growth over the preceding year.


Confirming trends documented in IFPI Norway’s annual report, the Music in Numbers report clearly shows digital sales major slice of the Norwegian domestic music market. 82% of overall sales were digital, with streaming accounting for a 79% stake of the market, while downloads made for a 10% stake. Sales of physical units makes up for the remaining 18% of the market.


Copyright revenue
2013 copyright and performance revenue amounted to a total of NOK 916m, including the export sector – an increase of 11% over 2012.


Performance rights make up for the largest slice of the pie: 49% of the total revenue, distributed to Norwegian authors, publishers and other rights holders. Synch revenue makes for a 9% of the total, while online revenue is at 11% and mechanical rights at 9%.


The Live Market
Revenue generated on the Norwegian live music market is defined in the report as concert ticket sales as reported by domestic promoters to Norway’s Performing Rights Society TONO. Overall sales of concert tickets ended in 2013 at NOK 1946m – an increase of 27 compared to 2012. NOK 106 – 5% of the total live music revenue was generated abroad in 2013 – a figure that remained stable compared to the preceding year.


Music Exports
One of the ‘Music in Numbers’ report’s main aims has been to stipulate the level of Norway’s music export. The revenues from exports presented in the report reflect a part of the actual exports of the music industry, and thereby only include revenues that can be traced directly back to Norwegian companies. Therefore, the report does not include individual agreements made by artists, songwriters and producers with foreign companies, nor does it take into account Norwegian artists who collaborate with companies outside of Norway. With regard to concerts, the export includes the total fees of artists and musicians in connection with concerts in foreign countries.


The report stipulates that a total of NOK 106m was generated as concert revenue abroad in 2013. The revenue stream has been calculated using reports from performers that have received travel support from Music Norway in addition to data gathered from interviews with managements, booking agencies and promoters active on the international market. The turnover generated in 2013 remained stable compared to 2012.