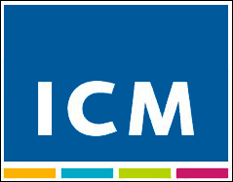 LONDON (Hypebot) – Prior to Record Store Day research firm ICM released a report on the music buying and related listening habits of UK respondents. Though online buying predominates, CD's were found to be the most popular way to listen to music. In addition, 15% of those buying music in physical formats aren't going to listen to it via those items. This behavior is even stronger among 18 to 24 year old music buyers, 26% of whom are buying but not listening to vinyl records, cds and cassettes.

ICM's brief take on their research (via @hifidelics) regarding the buying and listening habits of UK music buyers has some interesting food for thought.

In particular, the report seems to reveal that physical format sales, especially vinyl and cassettes, are driven in part by collecting and, in a sizable number of cases, won't be listened to in that format.

Here are some stats with varying time frames:

"In the last three months, one in six (15%) purchasers of physical music formats bought music to keep – not to listen to. Over half (53%) bought a vinyl record, 48% a CD, and 23% an audio cassette tape that they have no intention of ever listening to."

"This behaviour is driven by 18-24 year old music purchasers, with just over one quarter (26%) buying music to own not play."

The researchers seem a bit speculative about the "why" in their brief statements and one might say the summary takes vinyl collecting a bit more seriously than cassette collecting. ICM's Maurice Fyles hedges a bit on the reason for this behavior:

"There’s definitely a novelty value with cassettes at the moment – particularly as we suspect a high proportion of them are collectibles sitting on a shelf and never played."

"Although we can store our music on a PC or in the Cloud, a large proportion of music buyers continue to purchase physical formats with MP3 files as an add-on. Perhaps it’s a reaction to the digital world, but physical formats that we might have thought were relegated to history are being revived as fans and collectors opt for limited editions and promotional copies of their favourite music across a range of formats."

But that's what happens when you combine survey research with out-of-context speculation.

Nevertheless, those of us discussing the vinyl and cassette revivals have long noted that it's not necessarily about music quality, it's also about collector behavior and that seems to be confirmed by this survey.

Given that the vinyl revival is no longer disputed, though still surprising to those not paying attention, it's nice to see some stats pointing to smaller but still significant cassette sales:

Given that a certain amount of cassette sales won't show up in SoundScan reports, though Buzzangle Music may eventually shed more light on the situation, it makes sense that surveys would reveal more cassette buying than do industry analytics.

For more stats and speculation see the writeup.