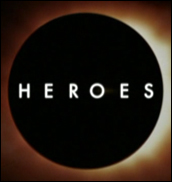 THE INDUSTRY (Hypebot) – These five men don't follow the unwritten rules of how the music industry (or any industry) is "supposed to" run and because of that they're helping to change it.

1) TRENT REZNOR – Lets' face it, Nine Inch Nails makes music that most of us find about as pleasant as a trip to the dentist. But Reznor markets and sells that music in ways that his fans – from casual to fanatic – relate to; and they reward him with their dollars. If I controlled a major, I'd give him a label to run.

2) JEFF BEZOS – The founder of Amazon proved that people will buy stuff online if you treat them well. When he applied that to music, it meant that he wouldn't sell downloads unless they were DRM-free. Add a dose of variable pricing and a pinch of "lets screw iTunes" and the labels dropped copy protection and came rushing in.

3) BOB LEFSETZ – His job in the industry lasted about 15 minutes and that's probably a good thing. Beholding to no one and armed with a passion for music and unwaivering honesty, Bob is a music industry must read. Even the powerful are forced to take another look at themselves through Bob's lens.

4) PETER GOTCHER – Who? Peter helped build Pro Tools. I'm not sure he knew it at the time, but that little package would democratize the creation of music. Pro Tools may have led to a lot of bad music, but it also freed real artists from the music industrial complex. His Act II: artist empowerment start-up TopSpin.

5) SETH GODIN – He writes about music only occasionally, but smarter folks in our business read his books and daily blog religiously. Seth loves music as much as most of us do; and his lessons are universal truths we all need to hear. Have you joined his Tribe?