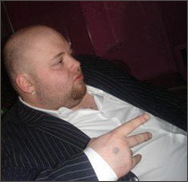 OTTAWA (CelebrityAccess MediaWire) — Ottawa Police are investigating the theft of the proceeds of the Escapade Music Festival, with an estimated value of $600,000 as well as the disappearance of one of the festival's founders, Nick Vachon.

According to the Ottawa Citizen, police are expected to issue a warrant for Nick Vachon, 26, one of the founding partners of DNA Presents, the company that produced the festival. Vachon has reportedly, not been seen or heard from since Monday, when the proceeds from the ticket and alcohol sales were discovered to be missing from a safe at at Ottawa Stadium where the festival was held.

"This just crushed us, we can’t believe it. We had such a great event and now this happened. I don’t even know how to cope with it right now," Michael O’Farrell, one of the events' other partners told the Citizen.

The electronic music festival had been heralded as a success after attracting 15,000 people over two days at the stadium and the theft was discovered on Monday morning.

“We went there to finalize our accounting and we opened up the vault and it was empty. At first we thought it was maybe a misunderstanding and that our partner would have taken the money for safekeeping,” O’Farrell told the Citizen.

O’Farrell added that he hopes the funds are recovered as their loss would be a serious blow to DNA Presents. "The success of the festival was great, but this is a really tough spot for the company,” said O'Farrell. – CelebrityAccess Staff Writers