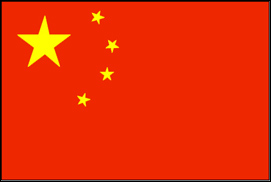 CHINA (Hypebot) — The media is filled with articles on doing business in China, but nowhere is there a primer for understanding the music industry there. Ed Peto lives and works in Beijing as a promoter, music consultant and writer shares his insights. (Read Part 1- Piracy & Retail and Part 2 – Inide & Major Labels.)

Danny Sim, international marketing manager at Universal Music China, is optimistic about growth in western music sales. UMC will release 40% more international titles this year – roughly 100 albums – and expects to see a 10-15% growth in revenue. Sim puts his optimism down to: “a) More people getting a better education, and therefore more people with English as a second language, b) More western music spread through the internet, and c) More media channels will become western music friendly.”

Sim has neatly summed up the problems facing western music marketers in China. Learning English is a high priority for your average urbanite…There is some way to go, however, before this manifests itself in legitimate music sales. As Sim points out, a good starting point would be an increase in western music coverage in the media. Very little western music is played on China’s state-run radio. An exception would be a station like Beijing’s HitFM which plays US and UK Top 40 hits to an audience of English language students, expats and western-trend-conscious young people.

The government is very protective of its airwaves and rules its own network of regional licensee stations with a rod of iron, both in broadcast policy and physical presence. The live studios are frequently under armed guard..

for fear of them being stormed by subversives. The same applies for TV.

When Pop Idol imitator SuperGirl hit China in 2004, the final was watched by 400 million people. The rush of mobile votes sent the government into a panic and severe restrictions were implemented, preventing the show ever happening in the same format again. The idea of a democratically decided pop show proved too much for a one-party state to countenance.

for international music marketeers there is a limited spread of outlets through which to promote artists. This is especially true when you consider that music coverage is based more on cold hard cash than on merit. You could turn up to one of the few music-specific TV channels like Newscorp’s Channel V or MTV (which has a minute presence in China) with the best pop video in the world looking for airplay, but the response is likely to be “What’s in it for us?”. In this sort of climate – where media needs to be bought – the returns simply do not justify a label allocating a significant marketing (or coverage) budget to “break” niche foreign artists. They generally rely on larger artists’ spill-over publicity from the west.