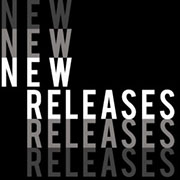 (Hypebot) – As the music industry continues to change, so too must the strategy for releasing music. With the single once again more important than the album, artists and labels both big and small are having to reevaluate when to make their material available, and in what capacity.

A new strategy in music releases is beginning to take place, even within the major labels. In almost a return to the early days of records, the single song is king rather than the album, and that requires an entirely new look at the timing of when your material becomes available.

The basic premise of this new philosophy is to release fewer songs but have them come out more frequently. In other words, it’s better to release a song or two every six, eight, or twelve weeks than to wait a year for one album release of ten songs as was once done. This benefits the artist in the following ways:

The artist keeps their fans happy with a constant supply of new music. New music keeps the buzz and dialog going about the artist on the social networks.

Each release is a separate marketing event. With the release of an album, you have one single event to publicize with a long period of time until the next one is produced. With individual releases, you have the potential for 11 separate releases (ten plus the album), which means that there’s constantly new music in your fanbase’s ecosystem, and increased potential to reach new fans as a result.

The artist gains increased exposure for every song. In a ten song album release, it’s easy for a fan, reviewer or radio programmer to focus on just one or two of the songs while the others fall in priority. With individual releases, each song gets equal attention and has the ability to live and die on its own merits.

An album can still be compiled after all the songs have been individually released. At the end of the year, or at the end of the artist’s creative cycle, the songs are then put into an album that can be released in any format. The advantage is that the album has a lot of advanced exposure and publicity thanks to previously released singles. Plus it can be treated as another marketing event to the artist’s advantage.

Make no mistake, the album format is not dead in Music 4.0, even though sales continue to decrease, but the emphasis has shifted to the individual song. Not only that, the tastes and attention span of audiences today are shorter and shorter, which makes multiple releases an ideal fit with the lifestyle.

No one is saying that you can’t release an album; just that multiple singles at regular intervals before the album release works better in today’s marketplace. Choose your music releases wisely in order to take advantage of the current streaming and social media world.

You can read more from The Music 4.1 Internet Music Guidebook and my other books on the excerpt section of bobbyowsinski.com.