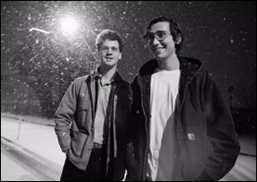 (Hypebot) – A2IM honored the best in all facets of independent music at an awards ceremony Thursday night at NYC's PlayStation Theater. Presented by SoundExchange, the A2IM Libera Awards annually offer members of the indie community the chance to celebrate their peers.

Radiohead took home the award for Best Live Act, at Thursday night's A2IM Libera Awards in New York City as well as the Fan Vote Award for Video of the Year for “Daydreaming.” SoundExchange CEO Michael Huppe presented the Independent Icon Award to musician and producer Nick Lowe. Also among the winners was Angel Olsen, who won honors for Album of the Year for My Woman.
In addition to artists, the Libera Awards recognized those who work that occurs behind the scenes,. Bandcamp was honored with the Independent Champion Award, while Triple Crown Records and Jagjaguwar took home Label of the Year Awards.

In one of the most dramatic moments of the evening, Dar Williams presented the A2IM Lifetime Achievement Award to singer, songwriter, and musical pioneer Ani DiFranco. After starting her own independent label, Righteous Babe Records, at the age of 18, DiFranco has repeatedly been recognized for her work in the music world, as well as on social and political issues. In 2009, DiFranco received the Woody Guthrie Award for her work towards positive social change.

This year also brought the first ever A2IM Independent Impact Award presented to Florida Georgia Line. The award celebrates the independent artist with the highest combined sales and streams as measured by Nielsen music across all of the artist’s commercial releases in the U.S. between March 1, 2016 and February 28, 2017.

Here is a full list of the 2017 Libera Award Winners:

Marketing Genius: The xx, I See You (Young Turks)

Label of the Year (6+ employees): Jagjaguwar

Album of the Year: Angel Olsen, MY WOMAN (Jagjaguwar)