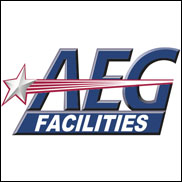 LOS ANGELES (CelebrityAccess MediaWire) — After a unanimous vote, a committee of the Los Angeles City Council has decide to allow AEG to submit a new bid to operate the Los Angeles Convention Center after their previous bid was disqualified.

Last week, city administrators threatened to exclude AEG from the bidding process, claiming that the company had failed to provide adequate documentation on their finances. According to the Los Angeles Times, AEG has been reluctant to reveal certain financial information, including credit reports, income statements and corporate tax returns, claiming that as a privately held company, such information could impact other deals around the globe.

However, since then, AEG has provided the city with additional documentation and Bob Newman, the president of AEG Facilities, the division making the bid, has said that the company is willing to demonstrate financial security. "We're 100% committed," Newman told the city council committee.

Because allowing AEG to submit a modified bid may be legally risky for the city, the committee restarted the bidding process and urged their staff to move the process along expeditiously. The matter is set for review by the full city council on Wednesday. If AEG was excluded from the bid, the city revealed that there was only one other entity in the running to manage the facility. – CelebrityAccess Staff Writers